River renovation goes ahead with Kemroc 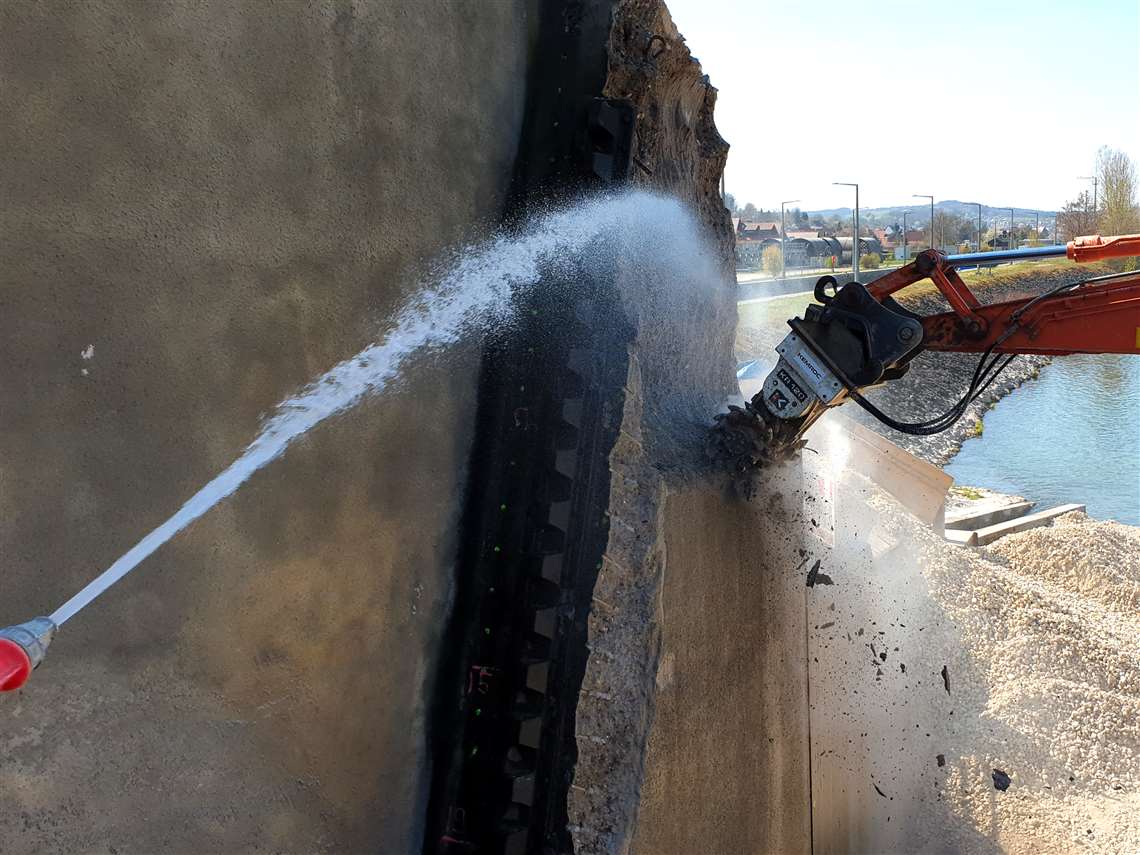 A Kemroc drum cutter working on the river barrage at Viereth on the Main. Photo courtesy of Kemroc

According to Kemroc, this combination provided maximum performance and precision while minimising vibration that could damage the historical structure constructed from plain, unreinforced concrete.

Dating back almost 100 years, the first barrage built on the river Main was at Viereth near the city of Bamberg in Upper Franconia. It comprised a lock for shipping to pass through, a hydro-electric power station and gated weirs, controlling the flow of the river and maintaining a constant water level.

Through regular use over the years, several components became corroded and other mechanical and electrical components needed modernising. As breakdowns became more frequent, in 2014 a major modernisation project started, with the two weir sections renovated one after the other to minimise disruption to marine transport.

At the heart of the Viereth gated weir are three 17 m (55 ft) high pillars, between which are the weir gates with the lifting mechanisms attached to the sides of the pillars. These adjust the height of the gates to manage the flow and regulate the depth of water. The gates and adjusting mechanism had to be replaced as part of the renovation.

Due to the design of the new lifting mechanism, the concrete pillars had to be modified before the new mechanisms could be concreted in place. For the removal of the concrete, it was decided that a Kemroc KR 120 rotary drum cutter mounted on a 35 t excavator would be the ideal tool combination.

Drum cutters in the KR range are often used in demolition applications. They are also used in concrete renovation and profiling, trenching and pipe laying, quarrying and underwater construction applications. The attachments are built for demanding applications and they are fitted with high torque motors to develop extreme cutting forces.

For the profiling work at Viereth, their low vibration characteristics was critically important.