Norwegian contractor Berge Bygdeservice has acquired a Hitachi ZX65USB-6, with software from ABAX enabling the new Zaxis-6 range of mini excavators to communicate with the remote monitoring system, Global e-Service.

Hitachi said that this not only simplifies fleet management and maintenance for machine owners, but also allows them access to operational data on their machines. This in turn helps to increase productivity, enhance efficiency, maximise availability and reduce running costs. 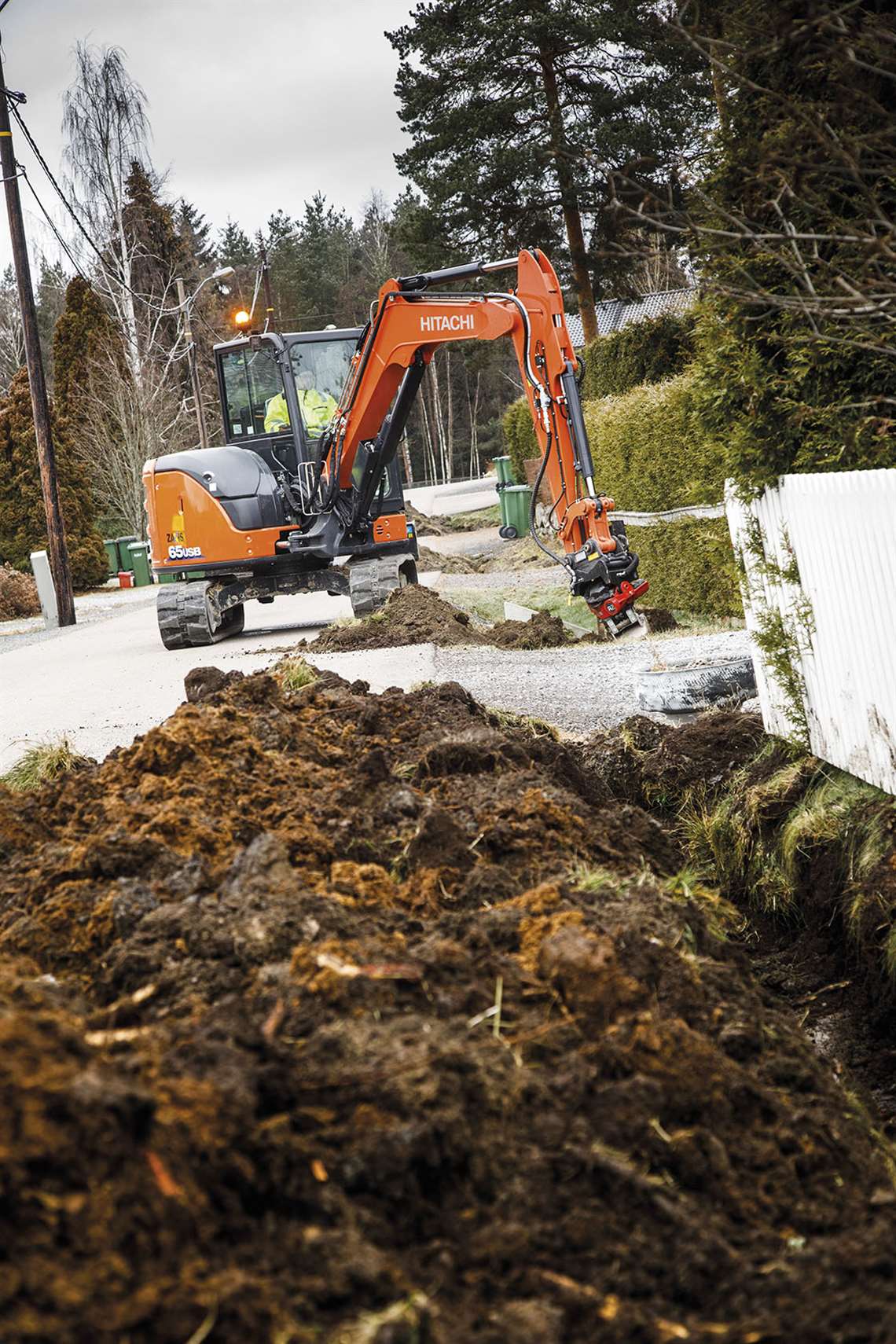 The software can also be retrofitted to previous generation models by the authorised Hitachi European dealer network.

Based in Lillestrøm, Berge Bygdeservice’s fleet consists of four Hitachi excavators – the ZX65USB-6, as well as a ZX17U-5, ZX85US-5 and ZX145W-3 – and one wheeled loader, a new ZW150-6. The four new machines were supplied by Nasta, the authorised Hitachi dealer in Norway.

Remote monitoring on the Zaxis-6
When buying the first of a new generation of Zaxis-6 mini excavators, Berge Bygdeservice’s Simen Berge was made aware of the latest ABAX technology available in remote monitoring systems.

“I have downloaded the user-friendly ConSite Pocket app on to my phone and already receive the monthly ConSite report from Hitachi for the two medium excavators,” said Simen.

“I look at the idling time data, as this is something that we are aiming to improve and it’s topical in Norway at present. It is also interesting to see how far the ZX145W-3 has travelled and the figure for fuel consumption.“As a result, we are turning the engines off as much as possible and trying not to use the full power of the machines unless it is absolutely necessary.”

The order from Berge Bygdeservice was not the only one this year as Hitachi seeks to establish the Zaxis-6 in the market.

Civil engineering with the ZX26U-6
In the United Kingdom, the mini excavator has been added to a civil engineering firm’s fleet of Hitachi machinery. The ZX26U-6 was delivered by HCM(UK) to West Midlands-based Jim Dorricott for a groundworks project on a commercial and retail development on the outskirts of Telford in Shropshire. 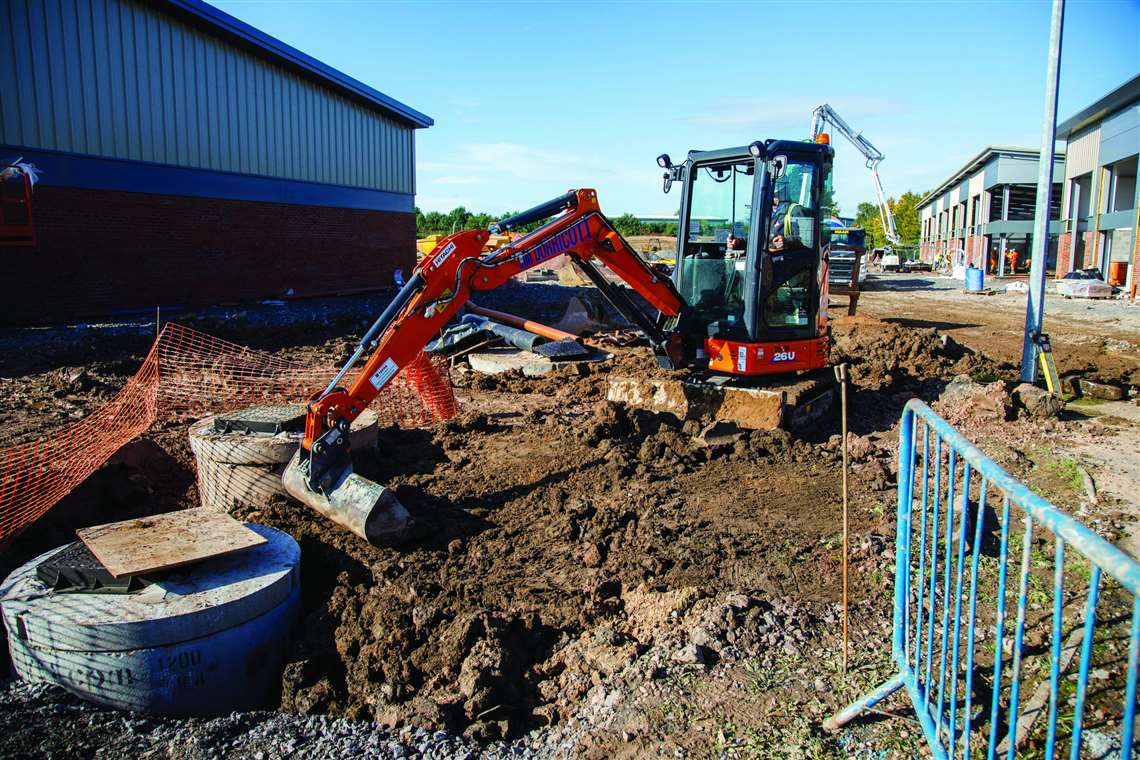 The contractor is using the ZX26U-6 to excavate parts of the 2 ha (five acre) site so that operators can investigate and remove the existing services.

One of its four Zaxis medium excavators, a ZX225USLC-5, worked alongside the mini to dig deeper and lay sewage pipes connecting the site to the main sewer.

Confined spaces
Elsewhere in the UK, one of the first Stage V-compliant Zaxis-6 mini excavators to be delivered there has been used on projects by contractor JLG Groundworks. The latest addition, a ZX55U-6, started work on a housing project on the outskirts of Worcester. Described as ideal for confined spaces, it is excavating the area around the properties for internal and external drainage, and backfilling after the work has been completed.

Hitachi Zaxis-6 mini and compact excavators were unveiled at Bauma in April 2019. With Stage V-compliant engines, they are said to offer high levels of productivity, greater fuel efficiency and reduced emissions. 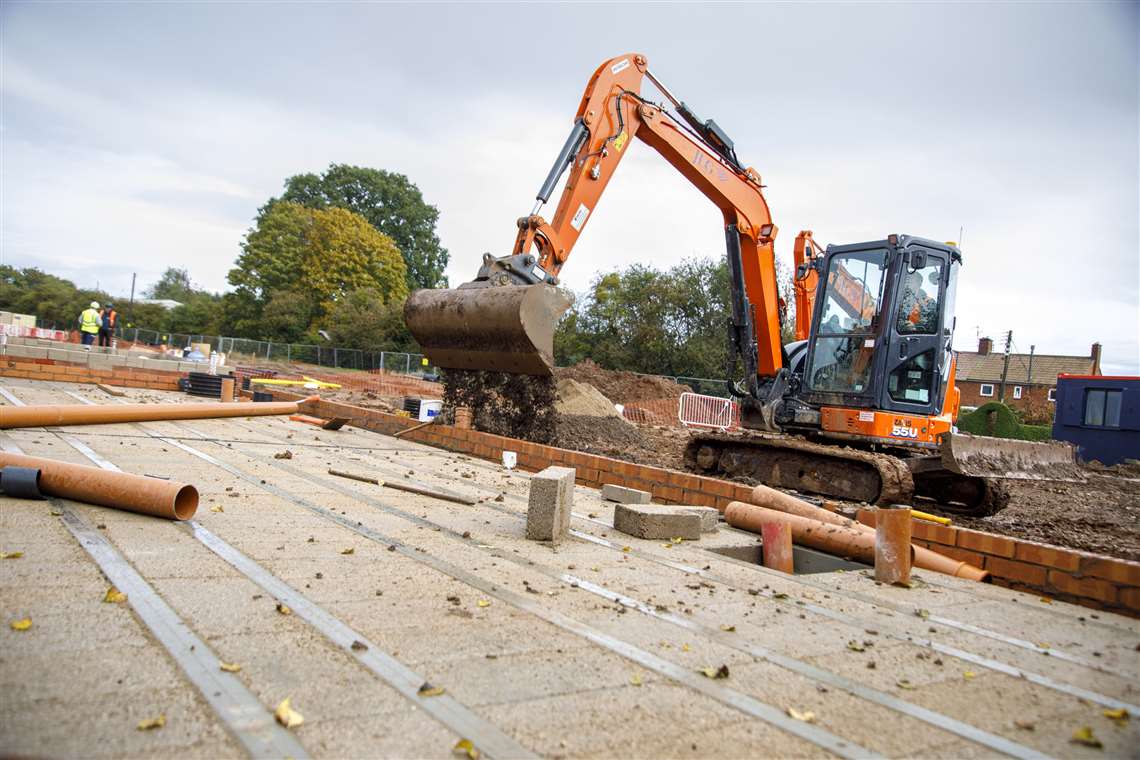 A white paper on the future of the European mini excavator market produced by Hitachi says that the market size doubled to 80,000 units between 2013 and 2019 based on annual shipment figures by the Committee for European Construction Equipment, with 70% of mini excavators sold weighing below 3 t.