Demolition and recycling attachment specialist Demarec is to introduce the first of its new EcoLine range of crushers at this year’s Bauma trade fair in Munich, Germany. 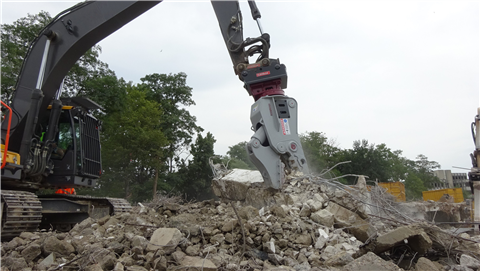 The new DLP EcoLine 50 Rotary Crusher will be launched at Bauma 2022. (Photo: Demarec)

While full specifications for the crusher are unlikely to be released until the construction exhibition takes place, key features of the DLP EcoLine include a newly developed exchangeable tooth system.

According to Demarec, this allows models in the range to be used with the same blades and scraping teeth as its other equipment lines, such as the Multi-Quick-Processor range (MQP).

Speaking of the development of DLP range, the manufacturer said: “Demarec has been brainstorming about the idea of launching a new product line aimed at the middle segment. This has resulted in the Demarec EcoLine.”

The company added: “Although the Demarec EcoLine is competitively priced, no concessions were made to quality during development. The Demarec DLP Ecoline consists of eight models for machines from 7 to 55 tonnes. But the range will be expanded further up and down.”

The DLP EcoLine 50 will be showcased alongside several of Demarec’s other attachments. These will include the DXS-70-A Scrap shear with DemaPower 2.0, the Multi-Quick Processor MQP-60 with C-jaw, the Heavy Duty Demolition and Sorting Grab DRG-36 and the DMS05 Demo Multi-Shear with the C-, S- and V-Jaw. 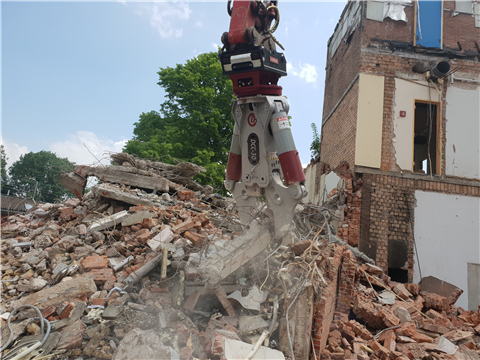 The DCC-30, which is part of a range of six DCC models, can be used with carriers weighing between 20 and 35 t and has a jaw opening that measures 1,150 mm.

“The concrete crusher has two pivot points, which ensures that the jaws have more torque to generate the maximum closing force. In combination with the newly developed DemaPower 2.0 cylinder and perfectly tailored jaw geometry, the DCC concrete shears produce 25% more force on average than similar shears,” said the manufacturer.

“The DemaPower 2.0 system also ensures faster cycle times. There is no booster that needs to be pressurized first. Within the foreseeable future all types of the DCC are also available with long blades and interchangeable teeth.” 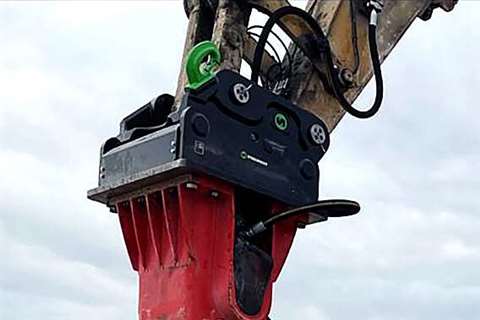