Bobcat has shown the latest additions to its equipment line at this year’s Hillhead exhibition in the United Kingdom, with the first Stage V model in its new compact wheel loader range, the L85, and the Bobcat E10e electric excavator taking centre stage. 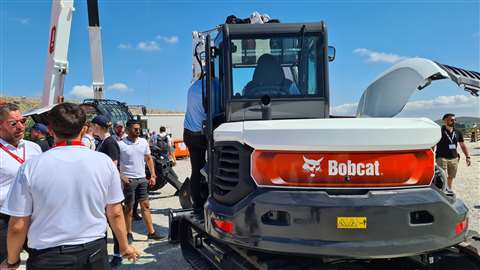 Visitors to the Bobcat stand were able to see a range of new products. (Photo: Bobcat)

With an operating weight of 5.1 t (5090 kg) and tipping load of 3.1 t (3,150 kg), the L85 is suitable for waste, recycling, general and industrial applications and incorporates Bobcat’s Advanced Attachment Control for use with standard couplers.

The model is fitted with a stage V compliant 2.4L Bobcat diesel engine, which the company say guarentees “high performance” when combined with the vehicle’s hydraulics.

According to the manufacturer, the engine and hydralics are complimented by “the high stability, breakout, push and pull forces and a comprehensive selection of Bobcat attachments.”

Commenting on the L85, Bobcat said: “Already, there are multiple Bobcat loader attachments approved for use on the L85, with more to be announced in the near future. The current portfolio includes a general purpose bucket, light material buckets, a combination bucket, pallet forks and angle broom and snowblower attachments, making the L85 a truly multi-purpose machine.”

The range of loaders on offer from Bobcat, which the company says is the largest on the market, will be further extended later this year when the L75 model is set to be launched.

Also on show was the E10e electric excavator, a battery powered mini excavator that has been designed for indoor demolition projects, as well as working in environments that require low-noise, such as urban/city centre developments, and for night-time working.

With width of 0.71 m (27.9 in), the zero-emission machine can easily pass through standard doorways and in and out of lifts. 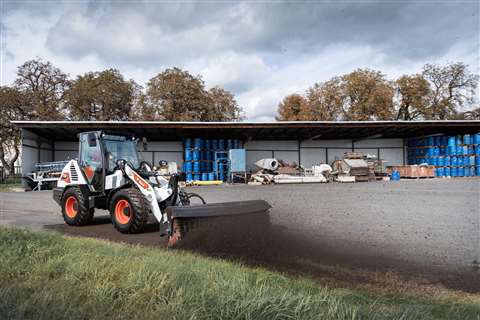 The machine falls into the one tonne class of excavators currently on offer and has been built on the same line as previous diesel-powered models, the Bobcat E08 and E10z mini excavators.

Vistors to Hillhead, which took place in the UK last month, were also able to see first-hand several other new launches.

Alongside these, Bobcat also exhibited a number of machines from its new light compaction range, which comprises 37 models from vibratory rammers to 2.6-t (2,600 kg) tandem rollers. 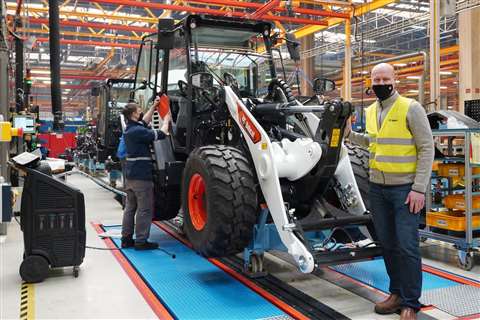 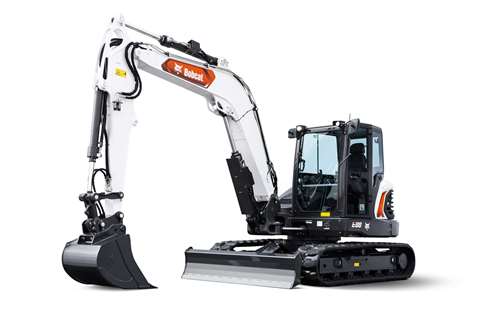 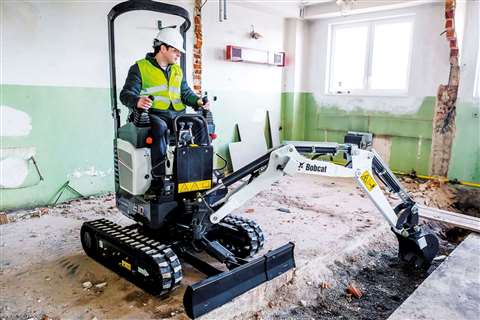