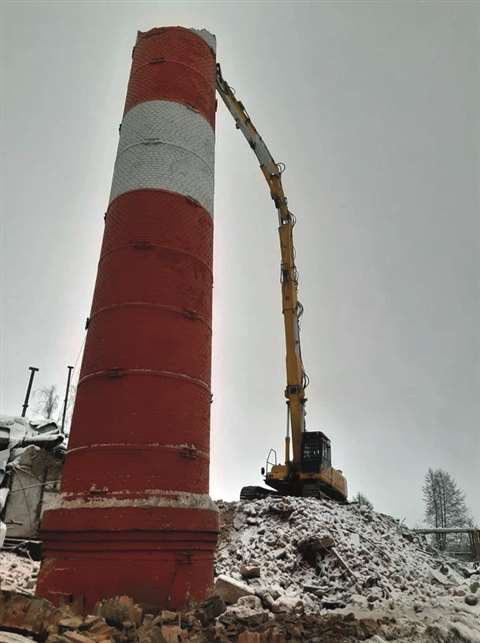 As part of this project, Crushmash Group was involved in the implementation of the programme for the termination of the open-hearth production of Vyksa Metallurgical Plant (VMZ), which is part of United Metallurgical Company, (UMC).

The company’s specialists dismantled industrial buildings, as well as reinforced concrete pipes with a height of 80 m (262 ft).

The construction of the open-hearth plant and several other industrial facilities consisted of reinforced metal structures (steel trusses, foundry cranes), and therefore a combination of manual and mechanised methods was used for dismantling: metal structures were manually trimmed to facilitate their dismantling using technical means.

Located in North Queensland, the Chinaman Creek bridge was a project with multiple demands. 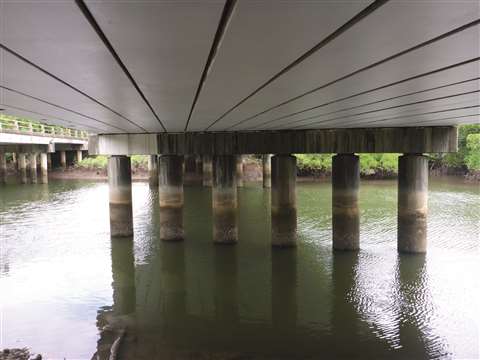 Due to its location in the World Heritage listed Great Barrier Reef Marine Park, strict environmental conditions were imposed on project delivery. Notably, the installation of two custom floating blankets eliminated the impact of slurry and debris on the waterway and local environment.

Further complexity came from the project work area being the natural habitat of deadly estuarine crocodiles, a protected species. Demolition required workers enter the water and risk physical harm if animals where disturbed when underwater saw cuts were administered to remove piles at riverbed level. A safe working environment was provided by a custom designed and fabricated crocodile enclosure.

Mobile cranes weighing 250 t and 200 t were used to conduct dual lifts of the 20 m (65 ft) pre-stressed concrete bridge deck units during night works to minimise impact on the live highway located only 2 m (6 ft 6 in) away.

Demolition waste was mechanically processed on site, with 97% of recycled or repurposed. 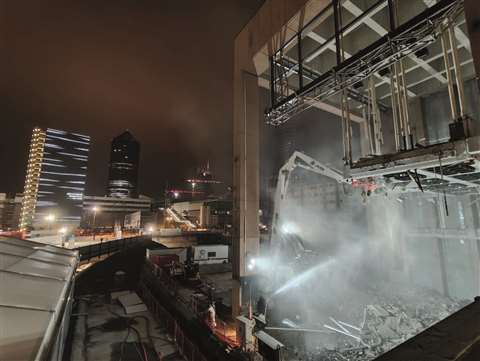 The use of this system for the Lyon station hall allowed Despe to develop new knowledge on the behaviour of buildings. It tested a new demolition method based on the reversal of the standard sequence, reducing or even eliminating the use of large machinery.

First, Despe conducted the international deconstruction of the building, leaving just the bearing skeleton structure and the roof.

Once this operation has been completed, the support pillars were replaced at ground level with hydraulic jacks controlled by a PLC system.

This system allows Despe to bear the load and lift a building weighing over 2,200 t from the base, and lower it step by step.

Before placing the cut and drop lowering system, the building was prepared by eliminating all the non-structural parts. Furthermore, some specifically calculated metal structural reinforcement elements were also applied.

The remote system management and controls are located in a room inside a box outside the building being demolished. From here the operator can set the parameters to extend the jacks and adjust the load bearing settings and subsequent descent. 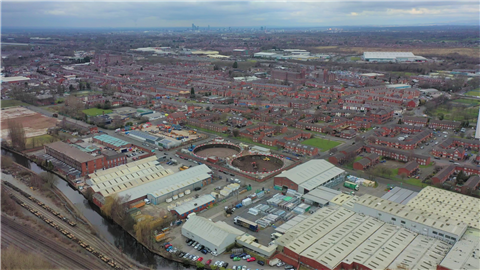 The Oldham gasworks project comprised the demolition of two below ground spiral guided gasholders. The site presented several challenges including:

The demolition works required the skimming and disposal of 220,000 litres of oil, the treatment and discharge of over 23 million litres of water, and the removal, analysis and disposal of 3,000 t of sludge from the base of the tanks. A total of 574 t of metal was recovered and recycled from the gasholder crown, lifts and support structure.