Stadium to be demolished after 130 people die

The Indonesian Government is to demolish and rebuild a football stadium, where a stampede killed more than 130 people earlier this month, President Joko Widodo said on Tuesday as he vowed to “thoroughly transform” the sport in the soccer-mad nation. 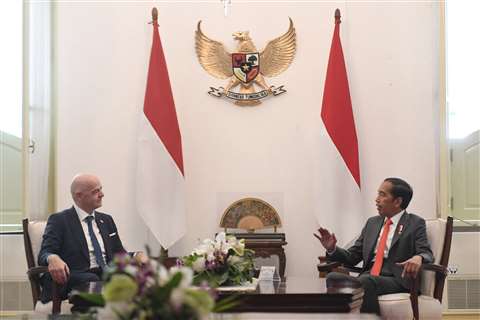 The president, popularly known as Jokowi, made the statement to reporters at the state palace after meeting Gianni Infantino, head of world soccer governing body FIFA.

“Kanjuruhan stadium in Malang...we will demolish it and rebuild according to FIFA standards,” he said.

The deadly stampede after a league match in the city of Malang on Oct 1 has been blamed on police firing tear gas in the stadium, a crowd control measure banned by FIFA.

The design and poor operational management of the Kanjuruhan stadium venue - which suffered no structural damage in the tragedy - have also been identified as contributing factors. 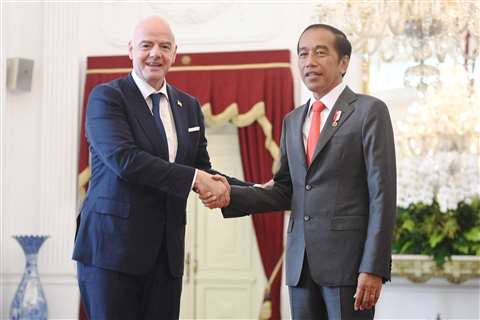 The president said he had agreed with Infantino on significant changes to how the sport was managed in Indonesia.

“We agreed to thoroughly transform Indonesian soccer,” he said. “Every aspect of preparation...needs to be based on FIFA standards.”

The meeting between Jokowi and Infantino comes after Indonesia and FIFA agreed to form a joint task-force in the wake of the stadium tragedy, and as the country prepares to host the Under-20 World Cup next year.

Speaking alongside Jokowi, Infantino said FIFA’s first priority was to ensure the safety of both players and fans in the Southeast Asian nation.

“This is a football country, a country where football is a passion for over 100 million people,” he said. “We owe it to them that when they see a match they are safe and secure.”

Infantino, who presented the president with a red FIFA jersey with his name printed across it, said the global soccer body would work closely with the government to ensure all its stadiums meet safety requirements, and that the Under-20 World Cup would run smoothly next year. 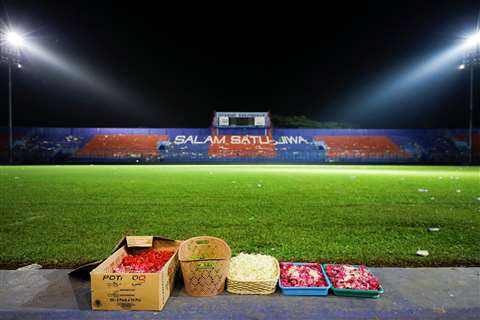 Under pressure to explain what caused one of the world’s deadliest stadium disasters, a fact-finding team formed by the government released a report last week which concluded that the “excessive” and “indiscriminate” use of tear gas was the leading cause of death.

As fans attempted to exit the stadium after the defeat of the home side Arema FC by Persebaya Surabaya, they were caught in a deadly crush, with many, including more than 40 minors, dying from asphyxiation.

The report also identified other contributing factors, including the stadium being filled beyond capacity, locked exit doors, and a push by league officials to hold the game at night to secure better ratings for a local broadcaster, despite a request by police to hold a match between the fierce rivals during the day.

The fact-finding team also said that more than three hours of CCTV footage about an hour after the match had been deleted. The team has requested that police provide this footage.

The team also called on the head of the Indonesian Football Association to resign.