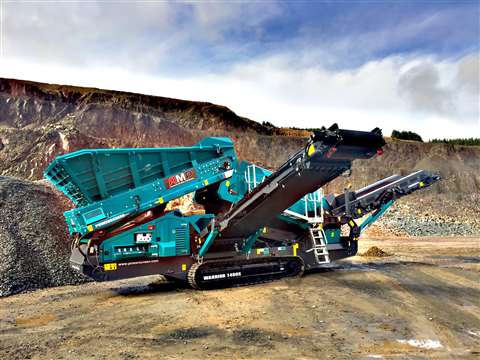 This will include the Chieftain 1400, Warrior 1400X and Chieftain 2100X models which have been flagships of the Powerscreen brand for more than 20 years.

Production of the new JCB powered equipment began in August 2022 with the first models now in the market.

“We worked very closely on design and integration of the solution and we must give credit to the team for an impressively fast and smooth transition process given the scale of the project.”

JCB Power Systems OEM engines sales and applications manager, Jon McNulty, said: “To be selected by a market leading screener manufacturer such as Powerscreen is a fantastic achievement and it is testament to the capability and durability of our IPU models that they can excel in the crushing and screening environment.”

The company said the engine packages have been engineered to be as small as possible, while featuring engine mounted aftertreatment – which comprises a diesel oxidation catalyst with a selective catalytic reduction urea injection system for NOx reduction as standard – to simplify engine integration.