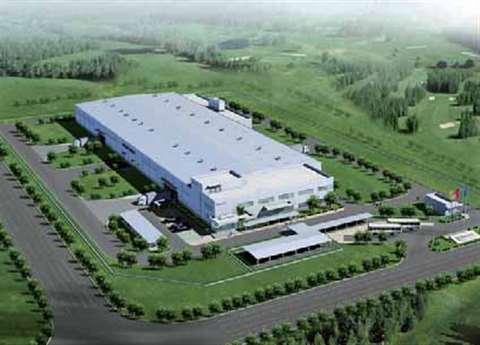 Perkins Engines Company used a press conference held during the recent Bices trade show in Beijing to officially announce its intention to open a new engine manufacturing facility in Wuxi New District, 75 miles west of Shanghia, that will initially produce the 400 Series three and four cylinder models. Production of this engine range is expected to start towards the end of 2008, and initially the target customers will be Chinese OEMs which are wishing to export their equipment outside of the Far East region. Once the factory is fully operational, it will have the capacity to produce 100,000 engines a year.

Perkins also intends to establish an R&D centre at the new factory which will be tasked with developing medium sized diesels that will meet existing Chinese and Far East emission requirements while maintaining cost competitiveness.

According to Perkins president Hans Haefeli: “The building of this plant demonstrates our commitment to China and the continued success of Perkins' small to medium engine business. Our ambition is to be the natural choice for Chinese equipment manufacturers. We will also continue to supply our global customers who wish to grow their business from a Chinese manufacturing base.”

Perkins has ended its joint venture operation, Perkins Engines (Tianjin) Ltd, which has been renamed Perkins Lovol Engines (Tianjin) Co Ltd. Engines produced by this company will not carry any Perkins branding, and after-sales support and service will be its sole responsibility. The Perkins name will disappear from the company's name on 31st December 2007.