Attachments specialist Montabert is to showcase its new SD Compact Breaker series at this year’s ConExpo trade fair, which is due to run from the 14 to 18 March in Las Vegas, US. 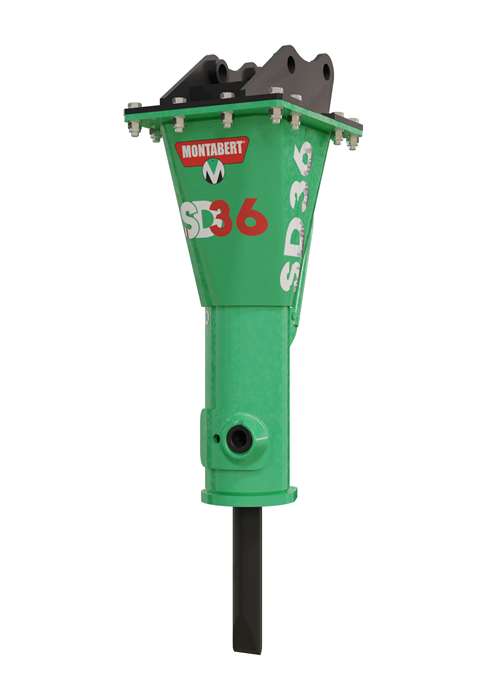 The SD36 Compact Breaker will be among seven models for compact carriers on show at CONEXPO. (Photo: Montabert)

The SD line of hydraulic breakers comprises seven models that are designed to be mounted on mini excavators and skid steers with operating weights of between one and 12 tonnes.

Previously known as the Silverclip range, the range has been updated with a lightweight but heavy-duty protection system that shields the working parts and hoses from damage during work and transportation.

A new energy chamber also acts as hydraulic shock absorber and reduces pressure variations in the hydraulic circuits to provide consistent energy to the breaker, and a fully enclosed, soundproof cradle reduces vibrations transferred to the carrier, as it limits noise on the jobsite”.

Other standout features of the SD models include a fully enclosed, soundproof cradle that reduces vibrations transferred to the carrier and limits noise, and an “energy chamber acts as hydraulic shock absorber and reduces pressure variations in the hydraulic circuits to provide consistent energy to the breaker”.

Montabert said: “Bushings, pins, and tools can easily be replaced in the field without removing the breaker from the carrier”. 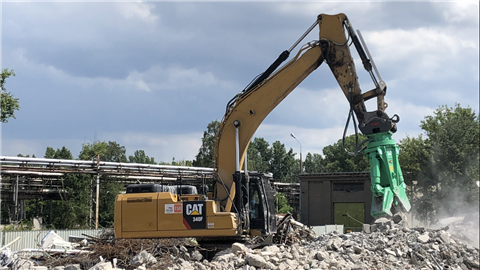 Montabert will also showcase its Silent Demolition Tools attachments, such as the SDT Multiprocessor, pictured above. (Photo: Montabert)

This means the SD line offers “quick and easy maintenance” and can be used with a range of hydraulic oil flows and pressures.

The company will also use the upcoming construction trade fair to show its new line of Silent Demolition Tools (SDT).

Described as versatile and durable, the attachment range includes grapples for carriers of five to 100 t, multiprocessor jaws for eight to 65 t machines, fixed and rotating pulverizers, and scrap shears.