Recycling specialist Kiverco has taken its place alongside almost 200 other countries at the Expo 2020 event in Dubai, which started on October 1.

The event has a history dating back 170 years and this year’s version – originally scheduled for last year but postponed because of Covid-19 – has been dubbed the “world’s greatest show of human brilliance and achievement”. 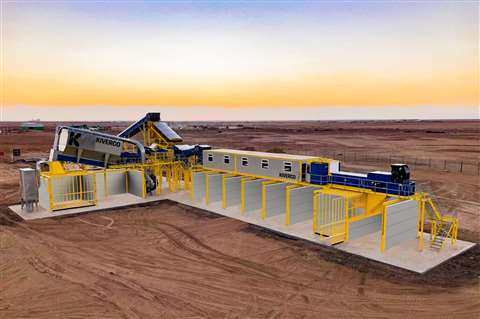 Kiverco recycling plants have been used in hundreds of projects worldwide

Northern Ireland-based Kiverco was chosen by the British government to represent the United Kingdom in the Middle East, where the expo will run until the end of March 2022.

There, senior technical sales engineer Gareth Hawthorne will present and discuss how innovation plays a key role in Kiverco’s efforts to reduce the amount of waste going to landfill sites around the world.

“This will be a fantastic opportunity for Kiverco to highlight the company’s capability with millions of visitors expected from 192 participating nations,” said Gareth.

“We are extremely proud and humbled to be asked to take part in such a special event”.

Kiverco recycling plants are used worldwide in the Middle East, North America, Europe and Australasia, with more than 300 installations in the United Kingdom.