Scott Laird is not the first chair of the US National Demolition Association (NDA) convention committee to start a new year focused on the upcoming event. 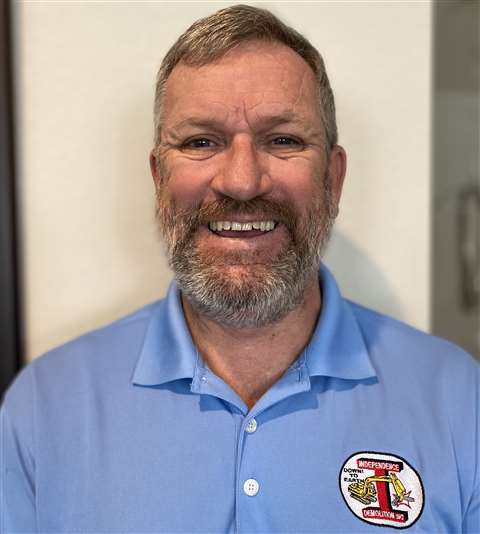 But for the project manager and business development manager of contractor Independence Excavating there are two marked differences.

First, last year’s convention and expo fell victim to Covid-19, with the NDA ultimately having to make the call to cancel it.

Second, no previous convention chair has needed the services of “The Goat Guy”.

Or, to use his business name, ELM (Environmental Land Management) Goats.

NDA Convention heads to California
Put simply, this year’s venue is San Diego, California – around 1,600 km (1,000 miles) west of Independence’s Colorado base and almost the full width of the country away from the NDA’s Washington headquarters.

It has the usual second-to-none conference facilities – which will host the keynote speech, educational sessions and indoor exhibitors – common to most American cities.

But finding somewhere for the outdoor Live Demo event the NDA has organised since 2018 was more difficult, as land is both expensive and scarce.

Eventually, the NDA found 4 ha (10 acres) at the Southwestern Community College, but that was only part of the solution.

Prepping the Live Demo site...with goats
And that is where “The Goat Guy” came in.

“The site is just a big open field full of weeds,” says Scott.

“So, this gentleman will bring approximately 400 head of goat, and take about four weeks to clean the site.

“As demolition people we sometimes get criticised for not being friendly to the environment.

“But the goats will chew the weeds right down below the surface, we will get a clean site, and it saves me thousands of dollars on my budget. All we supply is potable water for the goats to drink.

Building bridges with Southwestern Community College
“After Live Demo, we will leave the pulverised concrete for the college to use, because they have been amazing to work with.”

While demolition has been meeting recycling and the circular economy, more conventional preparations have also continued.

For Live Demo, this has been as much about attracting the physical exhibits as the exhibitors themselves.

“We had a lot of attachments, but not a lot of iron to hang them from,” says Scott.

“With some really great work and help from our partners, we have been able to increase the numbers of excavators so people can actually see it all working.”

By mid-January, delegate bookings were ahead of the same time in 2020, when the event took place in Austin, Texas. Scott is proud of the popularity that Live Demo has quickly achieved with convention and expo visitors.

Demolition San Diego
“It is the best way for anybody, from the biggest contractors to the smallest interior demo guy, to come out, sit and drive the machines. It’s like going to a car dealership that has every kind of car in the range you are looking for.

“And the vendors are so open. I don’t know of anywhere else where you can sit on one machine, put on an attachment and crush some concrete, then move across the way, sit on another one and crush some steel, and you get as long on the machine as you like.”

Demolition San Diego starts on 26 February and runs until 1 March.

Live Demo is on Sunday 27 February. Perhaps the NDA could leave a couple of tickets on the door for “The Goat Guy”.