Hyundai Doosan Infracore (HDI) has announced that it is replacing the Doosan brand on its construction equipment and introducing its new brand named ‘Develon’.

The change takes place a year and a half since August 2021 when HDI became a subsidiary of Hyundai Heavy Industries (HD Hyundai).

The brand name on all HDI equipment will change to Develon – a combination of the words ‘Develop’ and ‘Onwards’. In a press release the OEM said that the new name conveys HDI’s focus on the future through innovation and its intention to change the world with innovative products and solutions.

HDI will continue as a subsidiary of the Hyundai Genuine group alongside Hyundai Construction Equipment (HCE). The Bobcat range remains part of the Doosan Bobcat business within Doosan Group and is totally unaffected by this change.

After the launch of the new brand at ConExpo-Con/Agg, work will begin on changing the brand at local dealers for both signage and machine decals. Doosan said; “Customers are likely to begin to see newly branded machines at their local Develon dealerships and on jobsites as early as the end of Q2 2023.”

Cho Young-cheul, CEO of HDI, said: “Our three construction equipment businesses have already solidified their status as one of the key business pillars of HD Hyundai and have built an unwavering foundation for achieving performance targets and creating synergistic effects among them, amid the rapidly changing global economic environment.

“Develon will lead the future market of electrification and automation to spur growth and continue to be a brand of choice for our customers.”

HDI plans to introduce more detailed brand information by releasing a ‘New Brand Showcase’ through social media by the end of February. It will also unveil equipment with the new brand at ConExpo-Con/Agg in Las Vegas, US, in March.

In February 2021 HD Hyundai agreed to acquire a 35% stake in Doosan Infracore for 850 billion won (US$735 million) from its parent company, Doosan Heavy Industries & Construction Co. 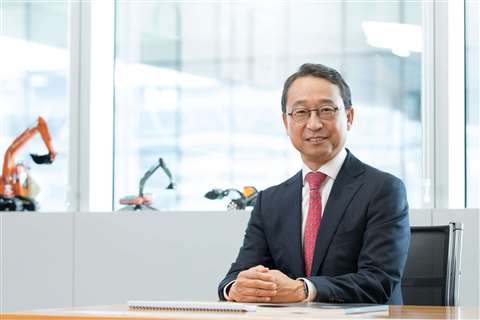 Hyundai Genuine: a strategy for Europe and beyond
Young-cheul Cho, the company’s president & CEO, discusses the future with Construction Europe 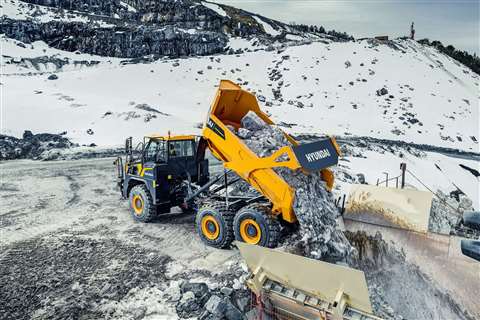