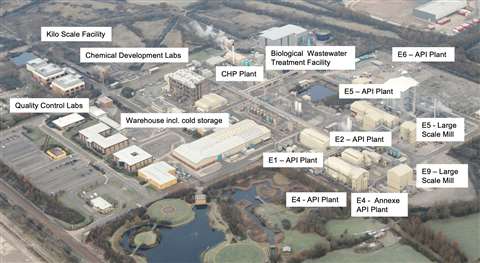 Working in a joint venture with Maynards Europe, a global leader in industrial auctions and liquidations in charge of preparing the site for regeneration, Darren will join another explosives expert, Robyn Rushforth as he sets off 45 detonators attached to 300 kg (660 lb) of charge.

Maynards Europe have almost 40 people working on site in one of the largest projects of its kind in the past 20 years.

They have spent seven months planning the blast operation as part of the wider project to demolish and recover the site for its next phase as a 172,000 sq m (1.85 million sq ft) warehousing and logistics park.