The Japanese managing director of Kobelco’s European operations has reiterated his company’s ambition to become the continent’s number one demolition excavator manufacturer in Europe. 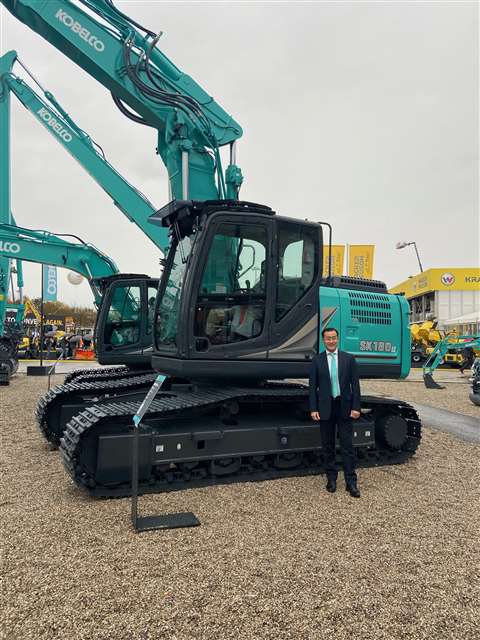 Speaking to D&Ri at the Bauma exhibition in Munich, Makoto Kato said customers want to go higher and higher with their equipment – and he believes that Kobelco Construction Machinery Europe has the machines to help them do so.

In recent years, the company has launched three new products into the demolition market and this year has marked the European launch of the SK1300D, which made its debut in Japan last year.

The introduction of the new product has taken place against a background of supply chain issues that surfaced during the Coronavirus pandemic and have got worse since the Russian invasion of Ukraine in February this year.

However, Mr Kato views this as a problem that is common to everyone, praising the company’s “brand-loyal customers” for their understanding of the situation and being prepared to wait for delivery of the machines.

It is targeted at the major European markets of France, Germany, Italy, Norway and the United Kingdom, and the growing sectors of power plant and oil rig decommissioning.

Consisting of a base machine with six boom variations of pin heights ranging from 8 to 40 m (26 to 131 ft), is suited to maximum tool weights between 12 and 4.3 t, while other innovations include high tool performance achieved with a four-piece UD Demolition boom configuration.

The results will be announced at the World Demolition Summit in Vienna, Austria, next month. 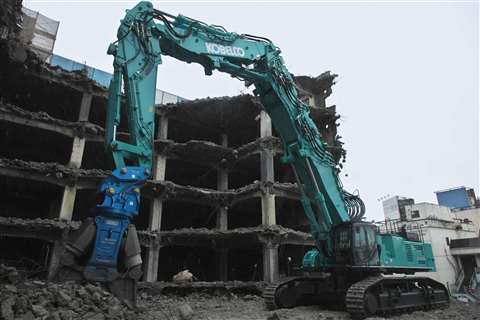