Allseas, a specialist in offshore energy projects, has secured a contract to decommission the Heather Alpha oil rig in the North Sea. 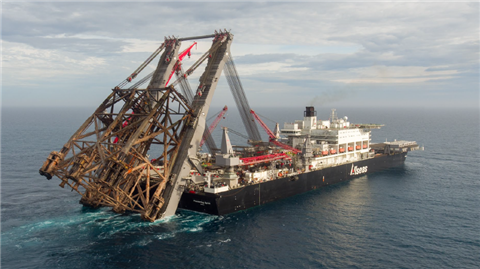 The company was awarded the contract by British oil and gas company EnQuest, and will carry out all engineering, preparation, removal and disposal works necessary to take down the 13,000 t topsides of the platform.

The manned facility, which became operational in 1978 and ceased operations in 2019, comprises production, drilling and utilities facilities and has modular topsides and a piled steel jacket.

The dismantling project will see the use of Allseas’ single-lift vessel, Pioneering Spirit, with preparation works expected to begin next year and the lift scheduled to take place in 2025. 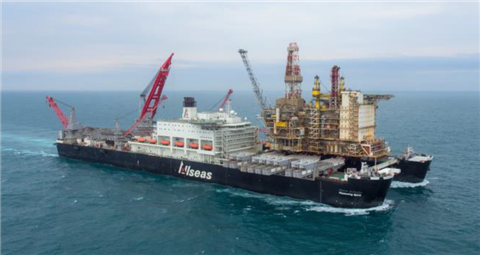 Pioneering Spirit with a decommissioned topside, heading for a dismantling yard. (Photo: Allseas)

“The combined weight of the topsides and jackets to be removed is around 114,000 t, making this the largest single offshore UK Continental Shelf decommissioning contract scope to date.”

Works for the TAQA contract are not planned to be carried out until after 2025. The lifts themselves will also be carried out by the Pioneering Spirit vessel, which is currently on her way to Frederikshavn, Denmark, to deliver two platform jackets for recycling from TotalEnergies Danmark’s North Sea structures, the West Alpha and East Alpha platforms.