Why decomissioning is becoming big business

A sure sign that a sector is on the rise is when an established company sets up a special operation just to deal with it.

In this case it is the specialist decommissioning engineering consultancy the RVA Group has launched a new service as the number of industrial and process site closures around the world continues to rise.

Having successfully delivered more than 850 decommissioning, decontamination, demolition and dismantling (DDDD) projects all over the world, the United Kingdom-based firm says it has identified a gap in the market when it comes to one of the earliest phases of preparing a site to be mothballed or removed. 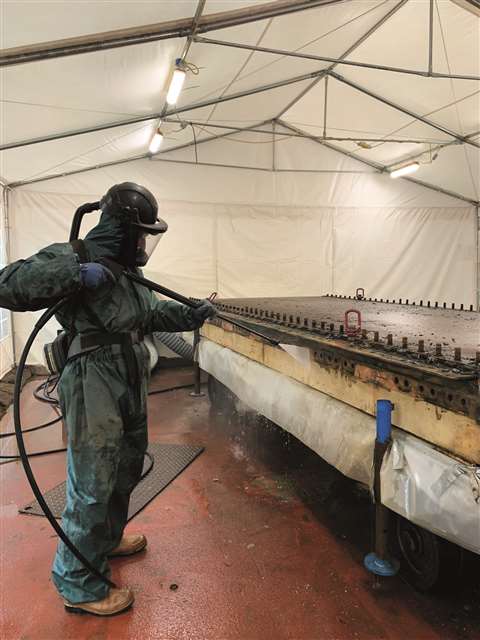 The RVA Group says it has identified a gap in the market for a new approach to decommissioning.

RVA decomissioning strategy
According to RVA, asset owners commonly use internal resources to handle initial decommissioning works – often due to the fact they do not consider alternative approaches. However, global industry standards such as the Construction (Design and Management) Regulations, state that it is best practice – and the law in the UK – for decommissioning to fall within this remit.

So, while the asset owner can assume the role of principal contractor, an experienced team with a decommissioning mindset should be charged with supporting or writing the decommissioning plan itself, as well as documenting the detailed processes to follow, and auditing works throughout. This is the most secure way of ensuring the project unfolds with the highest possible safety and environmental standards, believes RVA Group’s managing director Richard Vann.

“Nobody knows an asset or site better than the operator who has run it for several years,” he said.

“So, when the owner calls time on its operational life, it would be unwise to overlook the depth and value of process and plant-specific knowledge that such individuals could bring to the table during a decommissioning project.”

The RVA Group has worked on projects in the global chemical, petrochemical, pharmaceutical, power, energy, oil, gas and heavy manufacturing industries since 1992 and became part of the Czech utility EPH in 2017.

Ferrybridge’s chimney stacks and the plant’s main boiler house and bunker bay structure were demolished on 22 August by Keltbray, on behalf of the plant’s owner SSE – a multinational energy company based in Scotland. 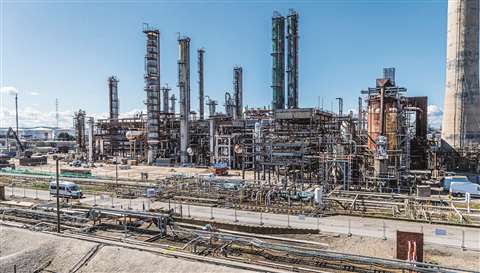 RVA has tackled more than 850 large-scale decommissioning projects in the past 30 years.

Bobby Ellis, senior project manager for Keltbray’s demolition and construction division, said: “The blowdown was a success. The demolition was months in planning and marks another major milestone in history, not only in Ferrybridge but in the UK in general.”

“As well as engaging with local residents, we put in place comprehensive ground monitoring to ensure the surrounding structures were unaffected by the blowdown, and we’re pleased to report that the activity went ahead safely and efficiently.”

According to owner SSE, the controlled explosive demolition saw nearby homes evacuated as a safety precaution and a 250 m (820 ft) exclusion zone put in place around the site.

The demolition was attended by SSE’s group energy and commercial director, Martin Pibworth, and

Described as the last “major demolition activity” at the site, the take down of the chimneys follows the demolition of the power plant’s five 114 m (374 ft) tall cooling towers.

Speaking of the chimney stack takedown, Martin Pibworth, said: “This blowdown represents a major milestone in our decommissioning of Ferrybridge ‘C’ and is another special and poignant moment for the local community, with the power station playing a major role in so many people’s lives.”

Brown and Mason
Demolition specialist Brown and Mason is using three Sandvik mobile jaw crushers to clear the site of the recently demolished Rugeley B power station in the UK. 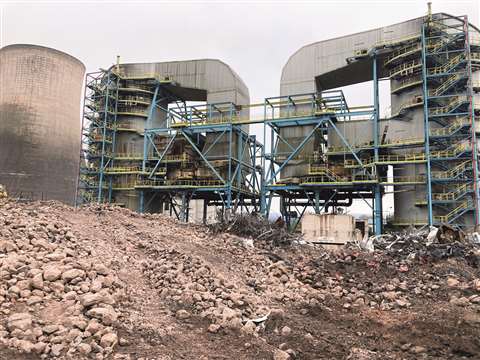 The company’s third crusher was supplied by Sandvik official distributor Retec Equipment, following the demolition of the plant’s four cooling towers in June.

The site will be redeveloped into a low-carbon mixed use residential area said to include the construction of more than 2,000 homes and a school.

The demolition company followed this project with the blowdown of the Fawley power station in Hampshire in the south of England, which has been closed since 2013.

Brown and Mason’s twitter page said more than 300 kg (660 lb) of explosives were used, including 150 cutting charges, and you can see video of this project in this month’s digital issue of D&Ri.

Ninian North decomissioning
The Ninian North offshore platform has been successfully collapsed using explosives in a decommissioning process at the Dales Voe facility in Shetland, off Scotland.

Veolia and Peterson, who operate Dales Voe, said the collapse “moves decommissioning in Shetland to the next level” and that the site was “one step closer to becoming a centre of innovation for recycling structures from the North Sea.” 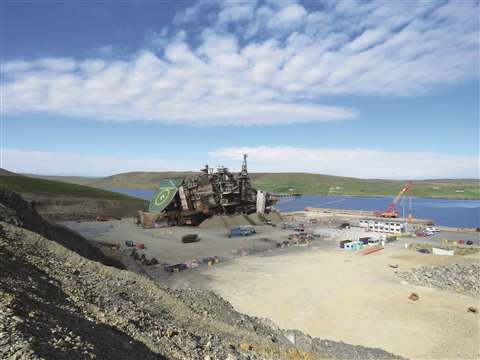 The remains of the Ninian North platform at Dales Voe in Shetland.

To significantly reduce the risk of working at height, and to allow for remote demolition with specialist excavators, extensive planning with key stakeholders resulted in the explosive collapse to bring the platform closer to the ground.

The platform was successfully collapsed on 5 June, having undergone decontamination and the removal of hazardous materials by Velia’s decommissioning team since it arrived at Dales Voe in August 2020.

It is expected that the demolition phase – which has a recycling target of 97% - will last several months. 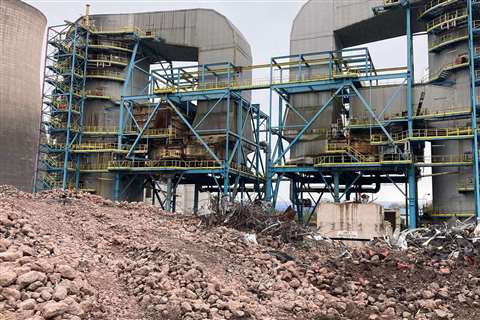