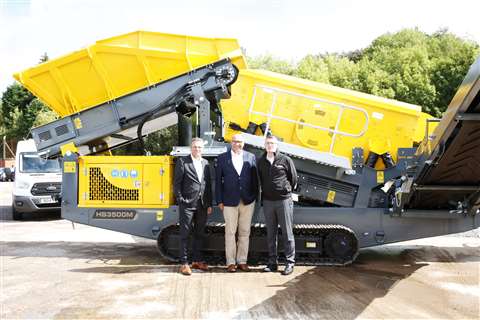 Austria-based company Rubble Master has announced that its subsidiary Maximus – a manufacturer of tracked mobile screens – has taken the group’s name.

Now known as RM Dungannon, the change of name has brought the Northern Irish subsidiary’s site into line with RM Headquarters in Linz, Austria.

Gerald Hanisch, the founder and owner of Rubble Master, said: “We see the rebranding as the next logical step so that we appear on the market as a strong, full solution provider with one brand name - the RM Group.”

Known for its crushing machinery, Rubble Master originally acquired Maximus in 2018. In addition to a product range now with the same yellow branding, the move saw the companies restructure to share suppliers and improve their product management and sales. Rubble Master said the cooperation had resulted in growth of 15%.