The Ninian North offshore platform has been successfully collapsed using explosives in a decommissioning process at the Dales Voe facility in Shetland, off Scotland. 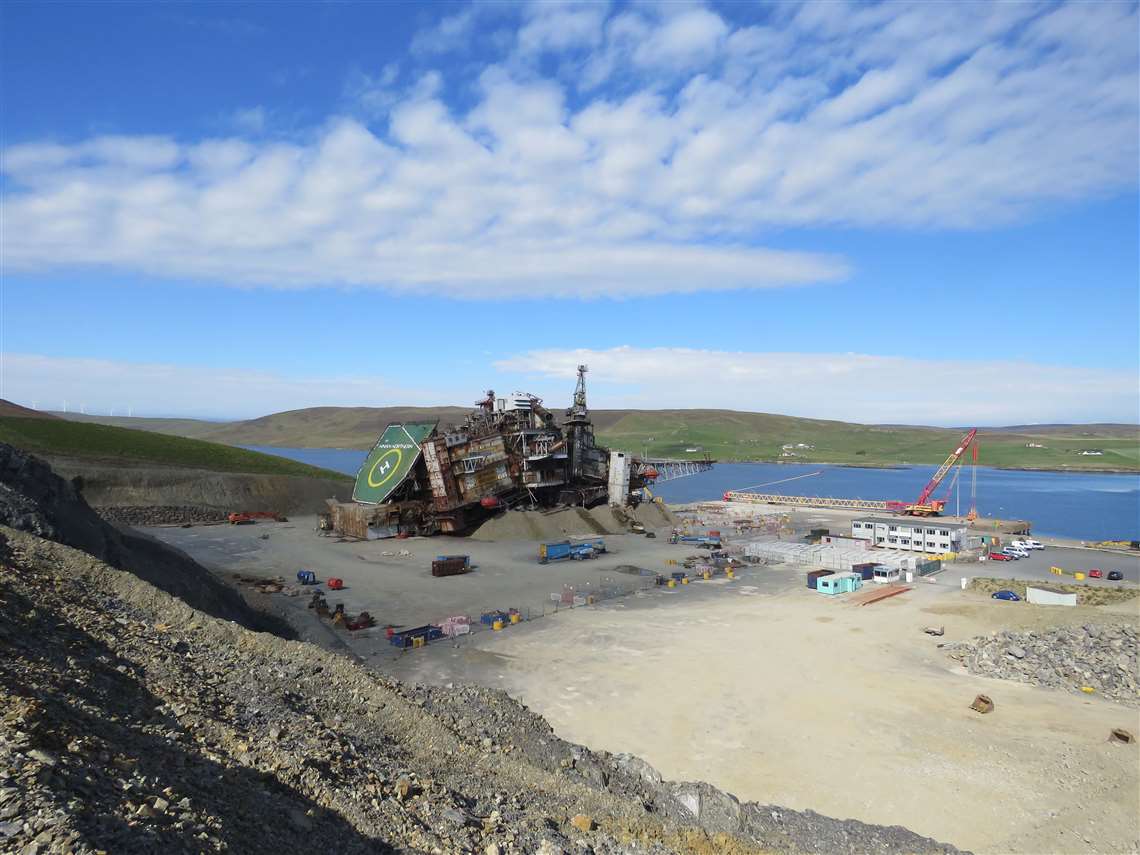 Veolia and Peterson, who operate Dales Voe, said the collapse “moves decommissioning in Shetland to the next level” and that the site was “one step closer to becoming a centre of innovation for recycling structures from the North Sea.”

To significantly reduce the risk of working at height, and to allow for remote demolition with specialist excavators, extensive planning with key stakeholders resulted in the explosive collapse to bring the platform closer to the ground.

The platform was successfully collapsed on 5 June, having undergone decontamination and the removal of hazardous materials by Velia’s decommissioning team since it arrived at Dales Voe last August.

It is expected that the demolition phase – which has a recycling target of 97% - will last several months.