With almost 100 units sold globally, the Bison 120 has been a core product in the EvoQuip portfolio since its inception five years ago. 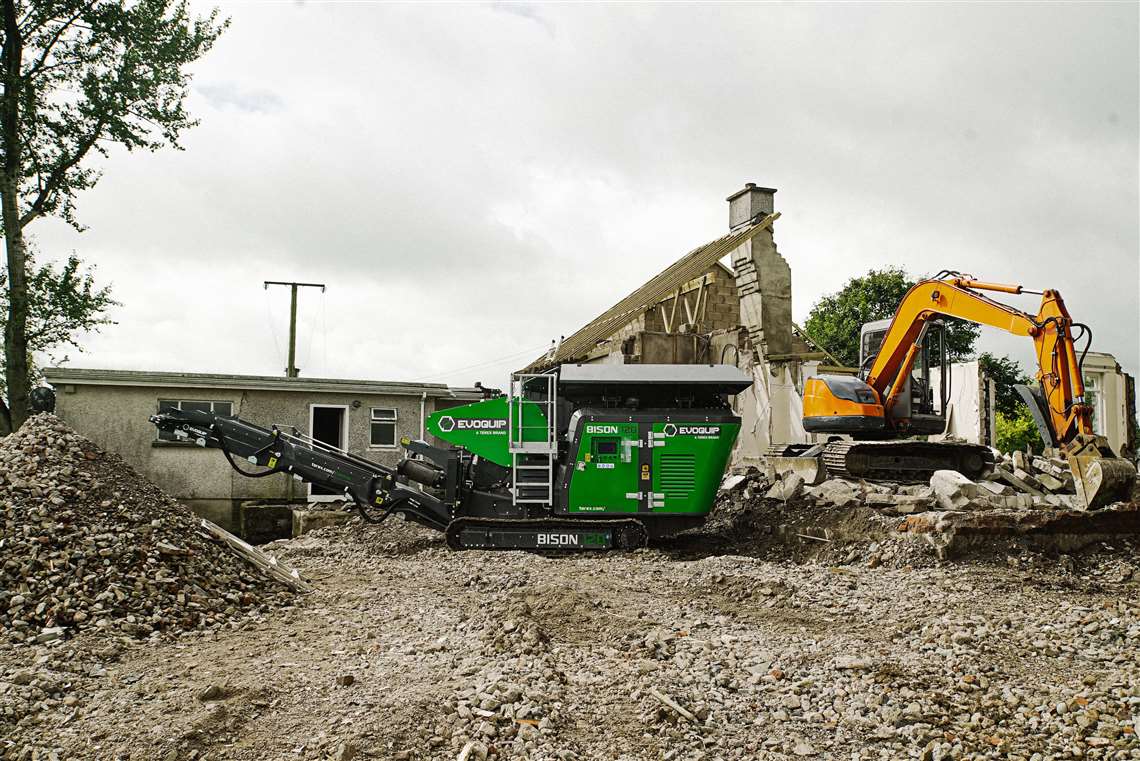 The revamped version has been tested at various sites in the past six months, including a 1960s farmyard barn and a house demolition.

EvoQuip, part of the Terex Corporation, said the 120 has been specifically designed for operators for whom versatility, manoeuvrability and transportability are of key importance, and that it is small enough to fit inside a container for transport but strong enough to withstand the toughest of applications.

The Bison 120 features a 680 x 400 mm (26.7 x 15.7 in) single toggle jaw crusher. The jaw is driven hydraulically, allowing the customer the ability to reverse the crusher to clear a blockage as well as being able to run in reverse permanently for sticky applications such as asphalt.