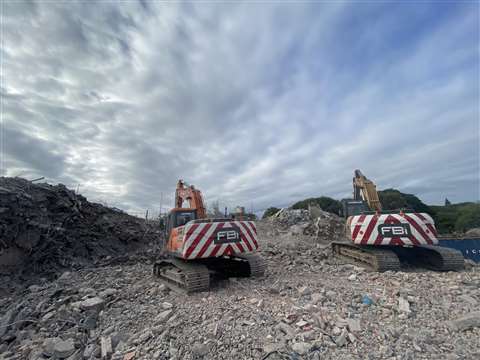 FBI Demolidora has been in business for over 35 years and was shortlisted at last year’s World Demolition Awards. Photo: FBI Demolidora

The Brazil-based company, which joined the EDA last month, has been in business since 1986 and has become one of its country’s most renowned demolition and earthworks companies.

It boosted this reputation last year with a shortlisting in the Explosive category of the World Demolition Awards in Vienna, Austria.

This was for its work imploding a building that had collapsed by fire in the Brazilian state of Rio Grande do Sul, during which the company recorded no health and safety incidents in the two months it took to complete the project.

The EDA was founded in 1978 and is the European platform for national demolition associations, demolition contractors and suppliers.

You can read regular updates from the association in the print and digital issues of D&Ri, which is the international media partner of the EDA.