Demolition specialist Kiewit West has begun demolition and dismantling works on the old Gerald Desmond Bridge at the Port of Long Beach in California, USA. 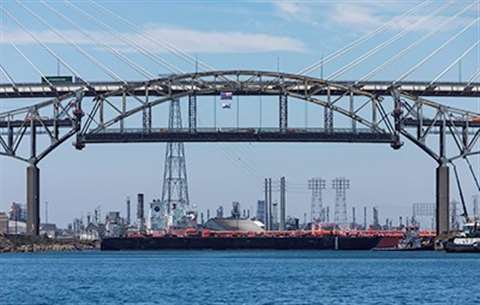 The Gerald Desmond Bridge’s main span is lowered for removal as the first step in the bridge’s demolition. (PHOTO: Port of Long Beach)

Following its decommissioning in October 2020 and the opening of a new US$1.57 billion replacement bridge, Kiewit has now completed the removal of the 1.5 km (5,130 ft) long bridge’s main span.

The company disconnected the 125 m (410 ft) section from the steel tied-arch truss structure and lowered it onto a waiting barge 47 m (155 ft) below. It was then hauled to a nearby recycling site where its component materials will be processed for salvage and reuse.

The operation was part of the first phase of a US$59.9 million demolition project. Kiewit, which secured the contract for the works in July 2021, is expected to complete the full demolition works by the end of 2023.

The five-lane structure was opened in 1968 and, over the course of five decades, proved to be “critical” to the growth of the Port of Long Beach. 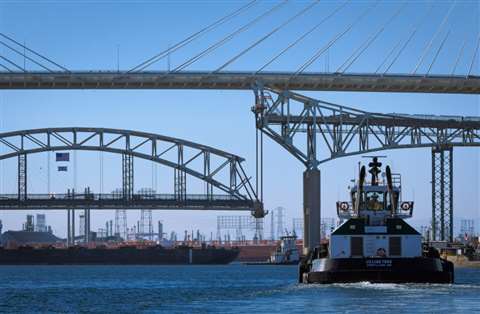 All of the bridges components parts, such as metal and other materials, will delivered to a nearby facility for salvage and recycling. (PHOTO: Port of Long Beach)

Steven Neal, President of the Long Beach Board of Harbor Commissioners, said: “The Gerald Desmond Bridge served this Port well for over 50 years, and we look ahead to how its replacement will usher us into a new era of growth.”

The newly constructed replacement bridge - known as the Long Beach International Gateway - is significantly higher and wider than its predecessor.

The new structure, which rises 62 m (205 ft) above the Back Channel’s waters - high enough to allow larger cargo vessels to access the port’s inner harbour, is expected to remain operational for roughly 100 years. 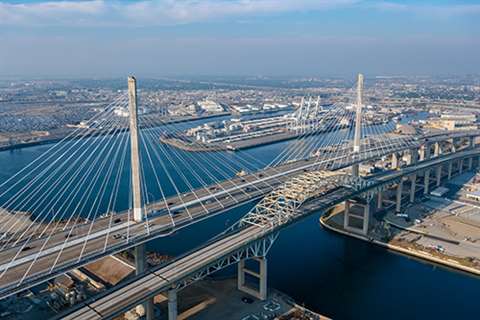 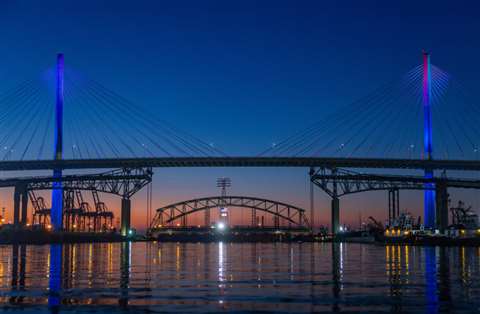 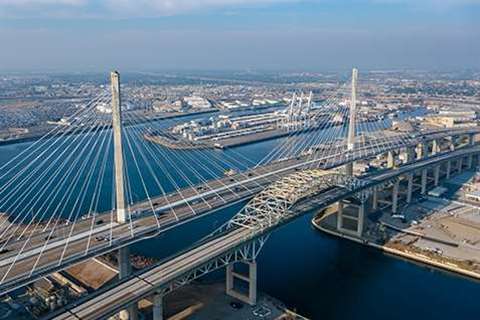