Decommissioning at the Chernobyl Nuclear Power Plant (ChNPP) in Ukraine has resumed, after the licensing commission took the decision to reinstall licenses for radioactive waste management and decommissioning. 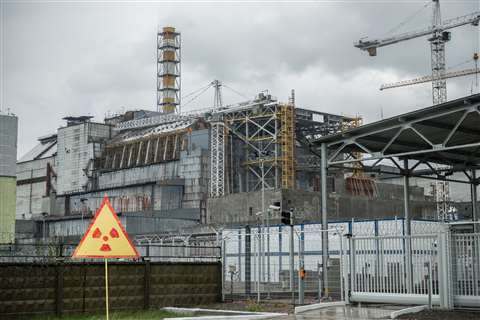 The licenses were revoked by the State Nuclear Regulatory Inspectorate of Ukraine (SNRIU) earlier this year, after the plant (which is also known as Chornobyl) fell under the occupation of Russian forces during its invasion of Ukraine.

This meant that radioactive waste management and decommissioning works on Units 1-3 were temporarily halted as the regulator believed the occupation had impacted site operations, and that such works would not meet safety standards.

Following the withdrawal of the Russia forces from the site, ChNPP carried out a “huge scope of work” to prove it could comply with the conditions set out by the licensing commission.

It also had to prove that its organisational structure would meet the requirements set out by the nuclear and radiation safety standards and regulations.

Igor Khomyak, head of the ChNPP Licensing Department, said: “Validity of licenses was resumed after submission of documents to SNRIU confirming ability of Chornobyl NPP to comply with the conditions for safe implementation of permissive activity after the Exclusion zone territory liberation from Russian invaders.

“The decision was made taking into account the results of an expert assessment carried out by SNRIU with the involvement of experts from SSTC NRS.

“SNRIU also proposed to ChNPP to implement a number of additional measures to improve the safety level of facilities, according to the recommendations of the expert assessment.”

Decommissioning works at the site re-commenced earlier this month, with radioactive waste processing and disposal activities commencing shortly after.