British demolition contractor Cawarden has delivered a package of works at the former Midland Chromium factory in Birmingham.

The demolition and clearance of the site on behalf of Birmingham City Council was part of the regeneration of the area as the city prepares the Commonwealth Games sporting event next year. 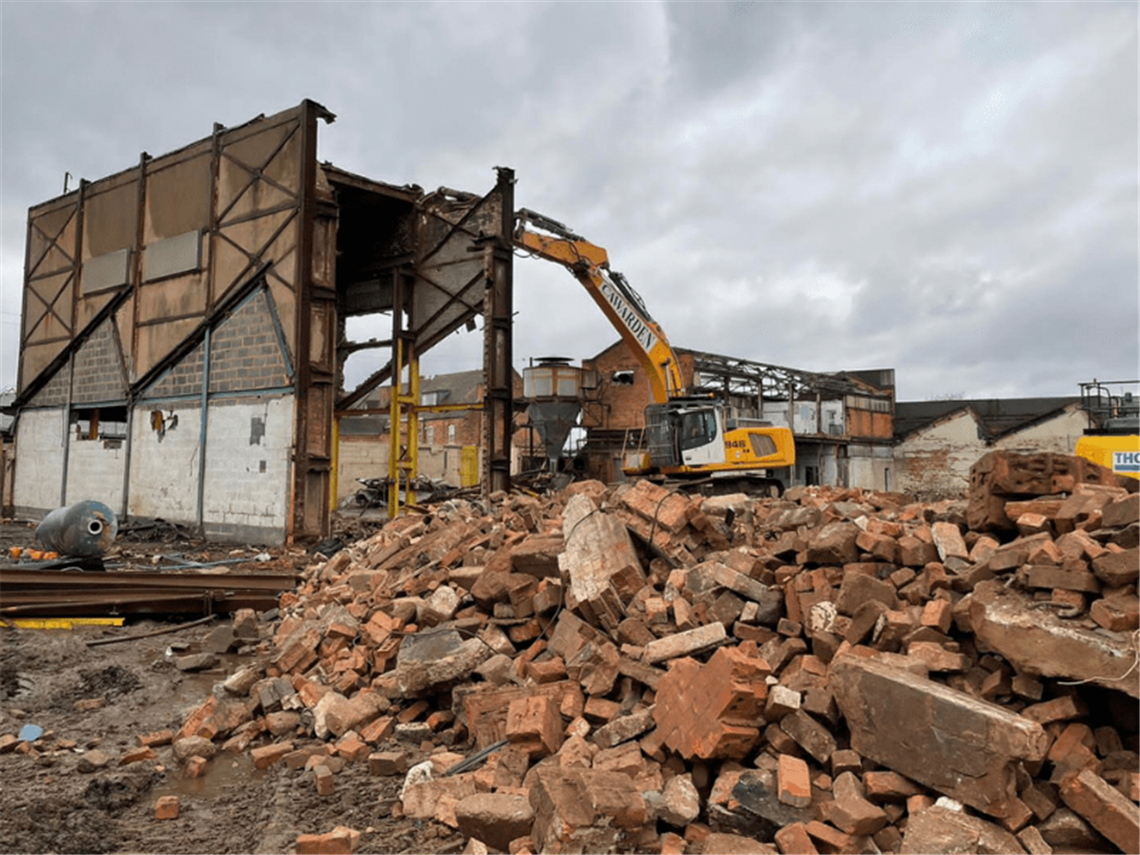 In the initial phase, Cawarden removed asbestos, decommissioned and cleaned down tanks, and removed all hazardous products.

A soft strip of the buildings then cleared the internal areas and maximised recycling in preparation for the main works.

Several buildings on the site including one of 15 m (49 ft) high were demolished, including a structure located above a live substation which was dismantled and demolished by hand.

Cawarden said: “To consistently monitor noise, dust and vibration levels throughout the works, specialist monitoring equipment was put in place to ensure we were operating within acceptable levels at all times.

“A ‘wet drop’ system was used to mechanically demolish the structures containing asbestos cement sheets. Multiple dust suppression cannons were in place to suppress the dust and dampen the area and materials. To ensure fibres were not being released into the air, monitoring was in place throughout.“