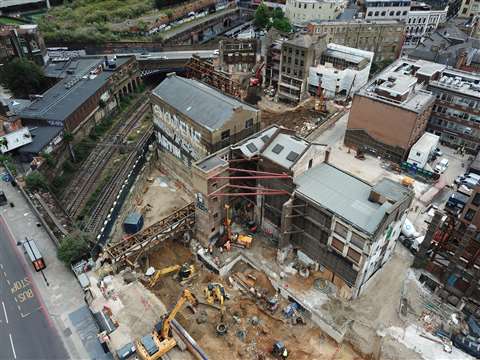 One of the most complex demolition projects in London, it required Cantillon to demolish six buildings across three sites, and to overcome challenges including:

Cantillon successfully delivered the project on time and achieved savings of £7 million ($9.7 million) for its client.

Deconstruct was employed by Royal London Asset Management to undertake the demolition and redevelopment of Castlewood and Medius House on New Oxford Street. 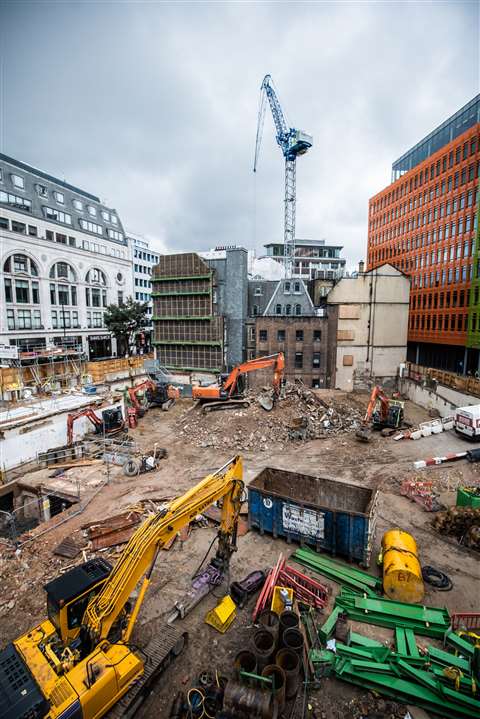 Castlewood House, a post-war building, was predominantly a brown brick façade above a single-storey stone plinth. It was solely office use, from lower ground floor to level 08.

Medius House has buildings on the other two sides and limited access. The existing building was six storeys, with a three-storey courtyard area to the rear. The wedge-shaped site measured approximately 18 m (59 ft) in the north-south direction and 25 m (82 ft) in the east-west direction at its widest point.

Key to the success of the project was the advancement and off-site construction methods employed to facilitate the facade restraint system installation enabling the demolition activities. 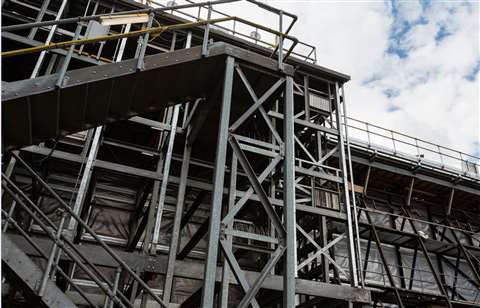 It tackled this project during the height of the ongoing Covid-19 worldwide pandemic by rapidly implementing safety and social distancing measures to our working activities.

Working with in-house design engineers, Swanton Consulting, Erith designed temporary works - incorporating the permanent steel structure in the temporary condition to limit the amount of temporary steel work required and minimise the amount of steel required to be erected for the follow-on permanent works.

Albeit an extremely complex project like no other, and not an easy feat, we took all restrictions and challenges in our stride and worked diligently and methodologically to eradicate any risks whilst staying within programme and on budget.

Renewal SA is a state government authority responsible for the redevelopment of Lot Fourteen, the former Royal Adelaide Hospital site as a global innovation precinct, and it is a major economic development opportunity for South Australia. 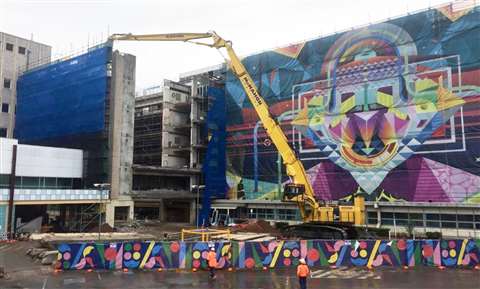 McMahon Services was to undertake most of the demolition works. Over three years and three months, it has completed four major demolition packages on site: Stages 1 and 2B, McEwin and Bice Buildings, and Allied Health and Women’s Health Building. It is still currently active on-site completing Stage 3A and the Boiler House demolition portion of the works – anticipated completion March 2022.

In total, McMahon Services demolished eight buildings, refurbished four buildings, demolished 86,500 t of concrete, 1,900 t of construction and demolition waste, recycled 5,300 t of steel and 500 t of wood, and imported 120,000 cu m (4.2 million cu ft) of fill materials for ground improvement works. Approximately 1,100 t of friable asbestos collected in 5,445 drums and 540 t of non-friable asbestos were the only demolished materials that were not recycled, resulting in 98% of materials recycled on the project.

The project is said to be the largest demolition project ever undertaken in South Australia.