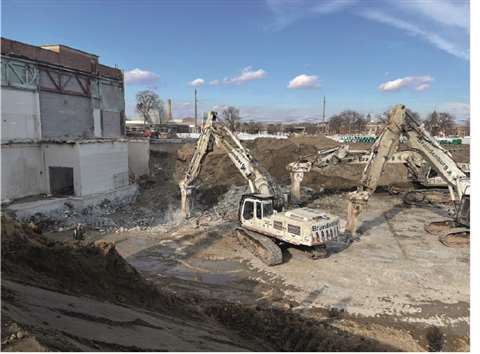 Ford Motor Co is transforming its research and engineering centre in Dearborn, Michigan into a high-tech campus for thousands of employees. The focal point will be a new central campus building that will sit within the footprint of Ford’s 66-year-old product development centre, located on the northwest corner of the existing 20-structure research and engineering building.

The structures were attached to the existing 139,000 sq m (1.5 million sq ft) campus, which remained open throughout the removal of the buildings.

To keep the utilities functional throughout the rest of the buildings, Brandenburg cut, capped or rerouted utility systems – without the benefit of original drawings. The demolition was performed with five additional construction projects underway, all adjacent to the demolition site. The demolition zone moved concurrently and strategically as demolition progressed.

Primary challenges included the depth and quantity of large concrete footers/grade beams; the difficulty of separating the demolition from active buildings supporting thousands of employees; the precise isolation of utilities without disrupting ongoing production in the active buildings; the complex shoring and securing for the active buildings; and the removal of a 91 cm (3 ft) thick slab from a 7.6 m (25 ft) deep basement. All phases of the project were completed on time and without incident.

The MIND (Milan Innovation District) launched the project and the construction of an innovation hub in Milan, and Despe was commissioned for the demolition. 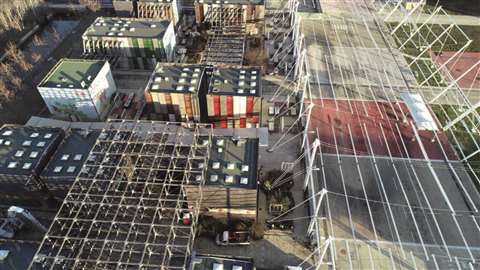 It had to be completed in six months and had an environmental objective of recovering 98% of waste.

Three symbols were demolished, the expo pavilion, the Zero pavilion, and the 1 km tensile structure.

These two pavilions were atypical constructions and Despe had to intervene in the planning process to identify the best demolition method that would allow it to complete the work in record time.

Instead of carrying out a regular dismantling of the road cutting through the Expo ground, Despe demolished it mechanically.

This was achieved without damaging the pavement but by loosening the structure and then demolishing it by placing it on the ground using excavators. 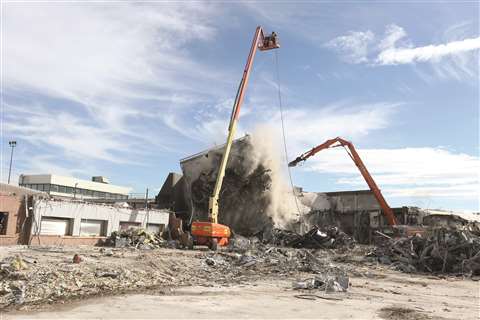 Its task was to move a lot of material in a short amount of time, a total of 276,676 t that had been demolished, sorted, prepped and hauled in eight months from start to finish. The entirety of the airport and parking garage amassed over 418,000 sq m (4.5 million sq ft) of building demolished. The tight schedule was drawn up in response to Covid-19’s impact on air traffic and the desire to capitalise on low flight volume at that time.

The Grant Mackay team put in long hours during the winter and everyone played a key role being able to complete the demolition on schedule. The crew consistently had 20 excavators and between 20 and 40 trucks every day to accomplish their goals and demolish the car park structure despite concrete greater than 1,516 bar (22,000 psi). 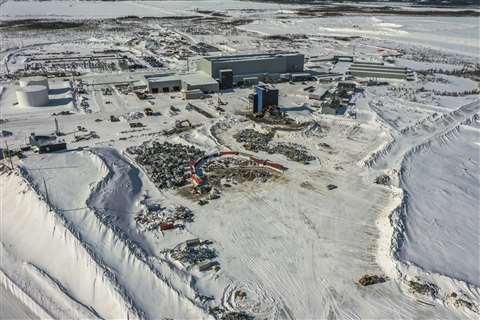 This project imposed major challenges from its planning to its execution, including: