The United Kingdom government has entered new arrangements to decommission seven AGR (advanced gas-cooled reactor) nuclear power stations. While the arrangements could deliver savings, their success will ultimately depend on the relevant parties working collaboratively to overcome risks, according to the UK National Audit Office (NAO).

A NAO report says the UK has eight second generation nuclear power stations, accounting for around 16% of UK electricity generation in 2020. Seven of the eight stations are Advanced Gas-cooled Reactors (AGRs), which are all due to stop generating electricity by 2028. 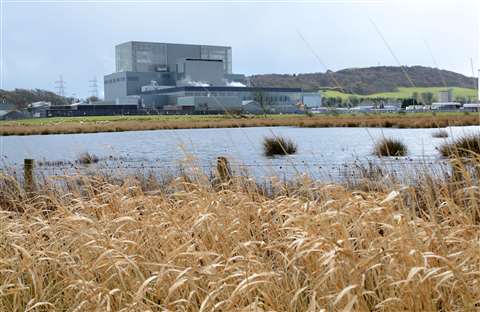 Hunterston B power station in Scotland. A total of seven AGR nuclear power stations are due to stop producing electricity by 2028, Photo supplied by EDF Energy

The UK government has provided a guarantee to underwrite the Fund if its assets are insufficient to meet the total costs of decommissioning. In 2020, government contributed £5.1 billion (US$6.9 billion) to strengthen the Fund’s position and the Fund has recently requested a further £5.6 billion ($7.6 billion).

The Fund’s assets were valued at £14.8 billion ($20 billion) at the end of March 2021 and the aim is that growth in the Fund’s investments will be sufficient to meet the long-term costs of decommissioning (£23.5 billion, or $31.7 billion).

However, cost estimates have doubled in real terms since 2004-05. If this upward trend is maintained and investment growth is not sufficient, there is a risk that the taxpayer will have to make further contributions.

In June 2021, the AGR stations’ owner EDF Energy (EDFE) agreed to defuel each of the stations in an arrangement that the Department for Business Energy & Industrial Strategy (the Department) estimates could save the taxpayer around £1 billion ($1.4 billion).

Once defuelling is completed, ownership of the stations will transfer to the government’s Nuclear Decommissioning Authority (NDA) for its subsidiary Magnox to complete the rest of the decommissioning process, which is likely to take several decades.

The 2015 government review
In 2015, a government review had highlighted concerns about the ability of the existing arrangements with EDFE to incentivise efficient decommissioning of AGR stations. The Department’s revised agreement with EDFE in 2021 provides the company with greater clarity about its role, and a commercial incentive to accelerate defueling and transfer stations to Magnox.

The rate at which stations can be defueled will impact on overall costs. The estimated cost of defueling could be between £3.1 billion ($4.2 billion) and £8 billion ($10.8 billion). 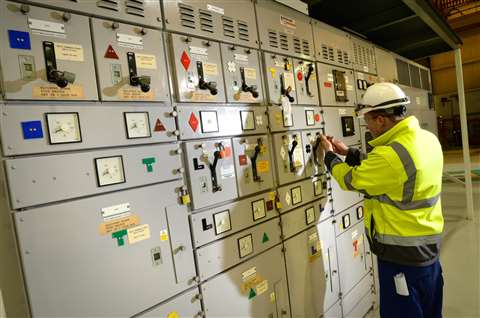 A bottleneck at any point between EDFE removing fuel, and the NDA transporting the fuel to safely store at Sellafield, could have repercussions across the programme. The costs to be borne by the Fund are therefore dependent on how quickly defueling begins once a station stops generating electricity, as well as the rate of defueling. Early unexpected closures of stations may increase costs.

Joint arrangments for defuelling
The Department, EDFE and the NDA have taken steps to establish joint arrangements to plan and oversee defuelling, which the NAO considers sensible. These arrangements will be tested once defueling accelerates and all parties operate under the revised decommissioning agreements.

Once defueling is complete, the details of exactly what EDFE will transfer to the NDA and Magnox, when and how, are still to be agreed. There is a history of transfers in the nuclear sector taking longer than expected, and similar risks will need to be managed for the transfer of AGR stations.

There is potential for Magnox to realise some of these efficiencies from deconstruction work in the years immediately after transfer of the stations. NDA’s ability to deliver benefits from combining Magnox and AGR sites will depend on the quality of the plans developed in the years prior to transfer.

Gareth Davies, head of the NAO, said: “By providing clarity over the future decommissioning of second-generation nuclear power stations, the government has created incentives to deliver a safe and efficient clean-up.

“However, many financial risks remain, and if poorly managed costs could escalate. Success will only be achieved if all parties work effectively together.

“Government needs to maintain a clear view of how the nuclear decommissioning programme is performing as a whole and given the large amounts of public money at stake it must act decisively should performance begin to lag.”