One of manufacturer Rockster’s R1000S impact crushers has processed over 4,000 cu t of construction and demolition waste, as part of an experiment to build an eco-district in Paris, France. 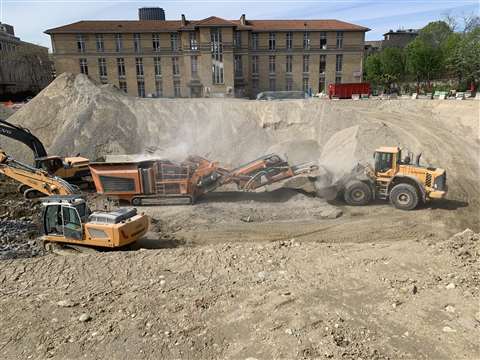 A track mounted R1000S crusher, which features an environmentally friendly drivetrain and offers low noise, was used to process materials from the partial demolition of the former Saint-Vincent-de-Paul hospital.

The 32 t machine processed concrete, asphalt and stone into end-materials measuring 0 to 32 mm.  These were then used to help construct the new eco-neighbourhood, which will see 60% of the former hospital retained.

“On one side the architectural heritage will be preserved and on the other a room is left for ambitions project in how future urban development might look,” said Rockster.

“To conform to the strict city regulations on dust and noise pollution, the R1000S has been chosen as a perfect fit to get the job done,” said Rockster.

Added to that, the machine’s ability to be transported both onsite and between sites also made suitable for the project. The Rockster crusher R1000S measures of only 14 m (46 ft) long and - at 2.83 m (9 ft 2 in) wide and 3.2 m (10 ft 6 in) high - can be transported without requiring special transport permits.

Grant Johnsonn from KoncassToo, said: “Loading and unloading is fast and no extra transport permits are needed. This means that the crusher can be put to work rather quickly and this is a huge advantage for our customers. As far as crushing goes, it simply gets the job done.”

Built in 1800, work to transform the disused hospital site into an eco-neighborhood began in 2015, and was led by Aurore, Plateau Urbain and Yes We Camp. 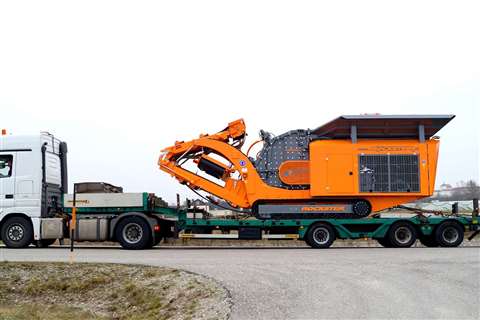