Priestly goes to extremes to take Contract over $1m award

The first contract award brought together shortlisted entrants from Europe and Australia and ended with Erith registering a second win of the evening.

A challenging location and tight site conditions at Oldham Gasworks

The project was unusual in one way, because while many of Erith’s successes at the awards over the years have been associated with projects in London and the south east of England, this took place in the north west of the country. The project itself comprised the demolition of two below ground spiral guided gasholders

The demolition works required the skimming and disposal of 220,000 litres of oil, the treatment and discharge of over 23 million litres of water, and the removal, analysis and disposal of 3,000 t of sludge from the base of the tanks. A total of 574 t of metal was recovered and recycled from the gasholder crown, lifts and support structure.

Dan Costello announced the result and presented a second award to David Sinclair, while the judges’ summary read: “This was a very well executed project given the geographical location and the tight site conditions. Well done Erith.”

As with Scott Homrich, Dan Costello presented a second award and this time it brought forward the first North American winner of the night.

And as with Erith’s win immediately before, the geographical location was a central feature of the project – even more so given its position off any kind of beaten track.

The Debeers Victor Mine demolition project was a remote fly-in/fly-out project located Northern Ontario, around 90 km (55 miles) west of the coastal community of Attawapiskat First Nation and 515 km (320 miles) from the nearest urban centre. 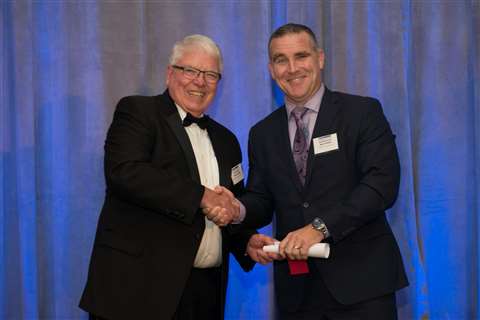 Apart from the physical challenges of the project, there were strict manpower clearance requirements, with employees undergoing medical assessments and security clearance, as well as Covid testing.

The job was completed ahead of schedule and under budget, wit no recordable incidents in more than 88,000 man hours.

All this was reflected in the judges’ words: “This job was in a remote area in northern Canada, which required Priestly to disassemble a full-sized excavator and other equipment, fly it on a huge cargo plane, then reassemble it on site.” 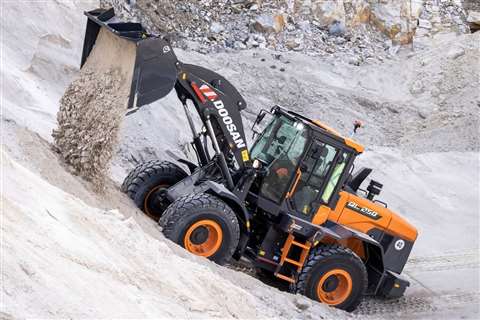