Canadian contractor Priestly Demolition has announced the majority acquisition of Jones Group, based in Windsor, Ontario.

Priestly, which has been a multiple winner at D&Ri’s World Demolition Awards in recent years, said the acquisition would allow the two companies to work together on larger projects across Canada and the USA. 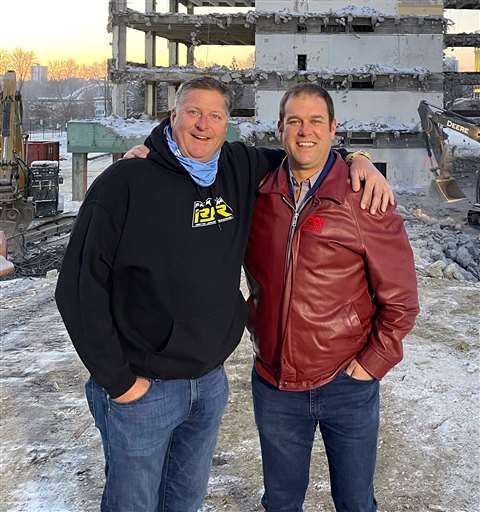 “We look forward to close cooperation with Terry [Jones, president of Jones Group] and his team as we expand our operations to facilitate bigger demolition, abatement and remediation projects than we’ve ever done before.” said Ryan Priestly, president, Priestly Demolition.

Terry Jones added: “Ryan and I work very well together. I admire his integrity and drive and can’t wait to be working with the Priestly family to grow and diversify.

“As a team, we will bring the very best of everything to the demolition industry.”

Jones Group has been in business for more than 20 years.

During that time it has gained the knowledge and skill required to grow from residential house demolition to multi-million dollar projects for companies including Ford, GM, Windsor-Essex Parkway and the University of Windsor.