South African contractor Phoenician Group has completed a major demolition project for a Mass Discounters distribution centre in Durban, after the retailer suffered extensive damage due to looting and unrest in July 2021.

“The distribution centre was unfortunately burnt down as well, which caused extensive damage to the building’s structure,” said Phoenecian contracts manager Sne’ Khanyile. 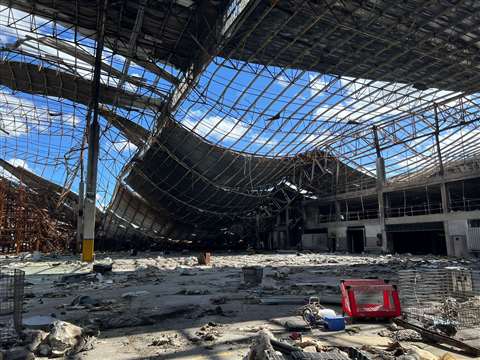 Phoenecian demolition expert Richard Kelly said half the building had collapsed to the ground before the company started work. (Photo: Phoenecian Group)

“The steel frame was compromised to the point where there was no alternative other than to demolish the entire structure.

“It really was not safe at all. The roof sheeting was in jeopardy of being blown away, so there was quite a lot of preparatory work that needed to be done before we could embark on the demolition process itself.”

Phoenecian demolition expert Richard Kelly adds that the structure presented a major challenge as it had a high apex on the section that was still actually standing upright.

“Half the building had collapsed totally to the ground in the middle and that was obviously our starting point,” he said.

Demolition grapple attachments were transported from Johannesburg, while additional equipment was sourced from another project in close vicinity. All the scrap metal from the site in the form of steel sheeting and all structural steel elements will be recycled. 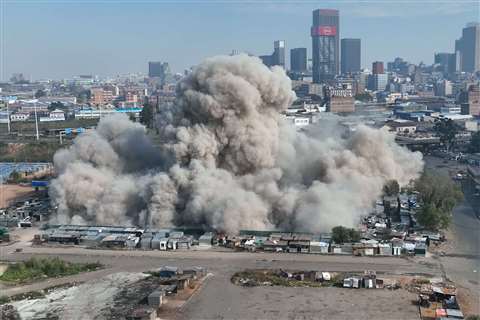