Germany-based contractor Max Wild is providing its demolition expertise in what is described as a “spectacular” project in the south of the country.

The old Saar Bridge at the Saarlouis motorway junction has been replaced by a new, modern bridge with a higher capacity. The plan for demolishing the older bridge was to break it down into sections that could be placed on pontoons and floated to a crushing facility on the riverbank. To disconnect the lateral cantilever arms and the concrete slab between the two hollow boxes, the company used a 40 t excavator with a Kemroc cutter wheel attachment. 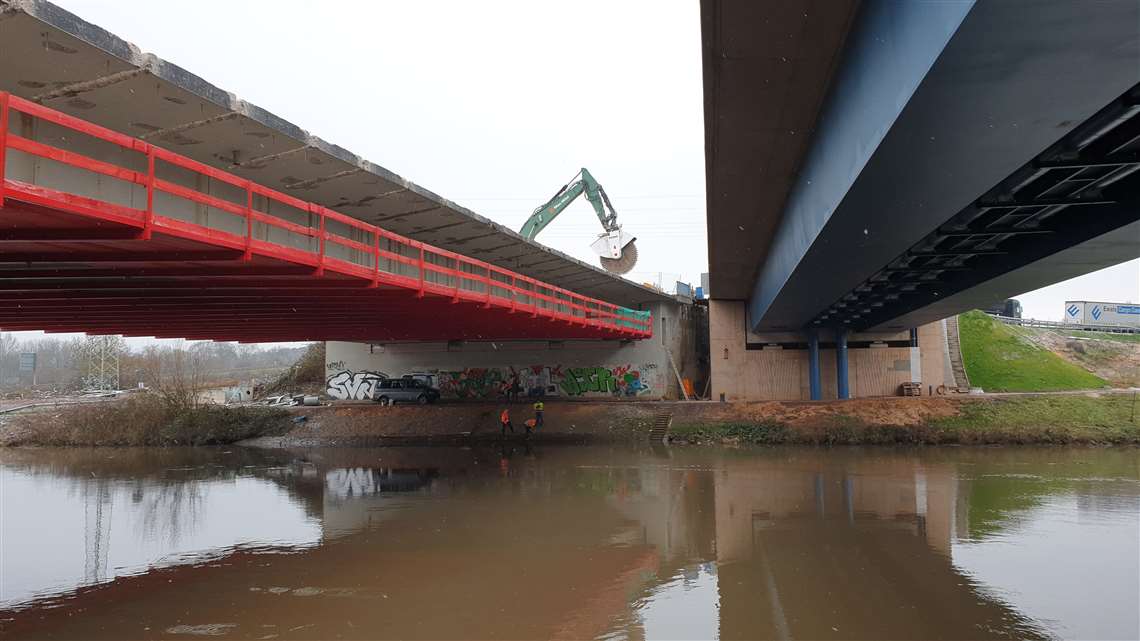 Max Wild start demolition of the old bridge with the aid of a Kemroc DMW 220 cutter wheel. Photos courtesy of Kemroc

Demolition of the old bridge started after the four lanes of the new bridge were completely opened in November 2020. The client, the western subsidiary of Autobahn GmbH, awarded the contract for the overall project to the Schnorpfeil/SHE consortium, which sub-contracted the demolition to Max Wild.

The first stage in the detailed plan for the demolition process involved lightening the hollow box section concrete beams spanning the bridge in both directions by removing all structurally non-essential items from the bridge deck. Once this was complete, the main structural components of the bridge should be lowered onto the floating pontoons.

Structurally non-essential items included the cantilever arms and the concrete slab between the hollow boxes of the autobahn lanes. To remove these components, Max Wild tried Kemroc’s DMW 220/1000/130 cutter wheel excavator attachment, which has 220 kW rated power, cutting depth of 500 to 1,000 mm (19 to 39 in), and a cutting width of 130 mm (5 in) which was to be mounted on one of the company’s 40 t excavators.

Mounted on the arms of hydraulic excavators, the DMW range is designed for tough applications. Equipped with two lateral hydraulic motors, these attachments develop extremely high cutting forces which produce high production levels. They can even be used to cut through rock with a uniaxial compressive strength of 120 MPa (17,404 psi) or through heavily reinforced concrete. 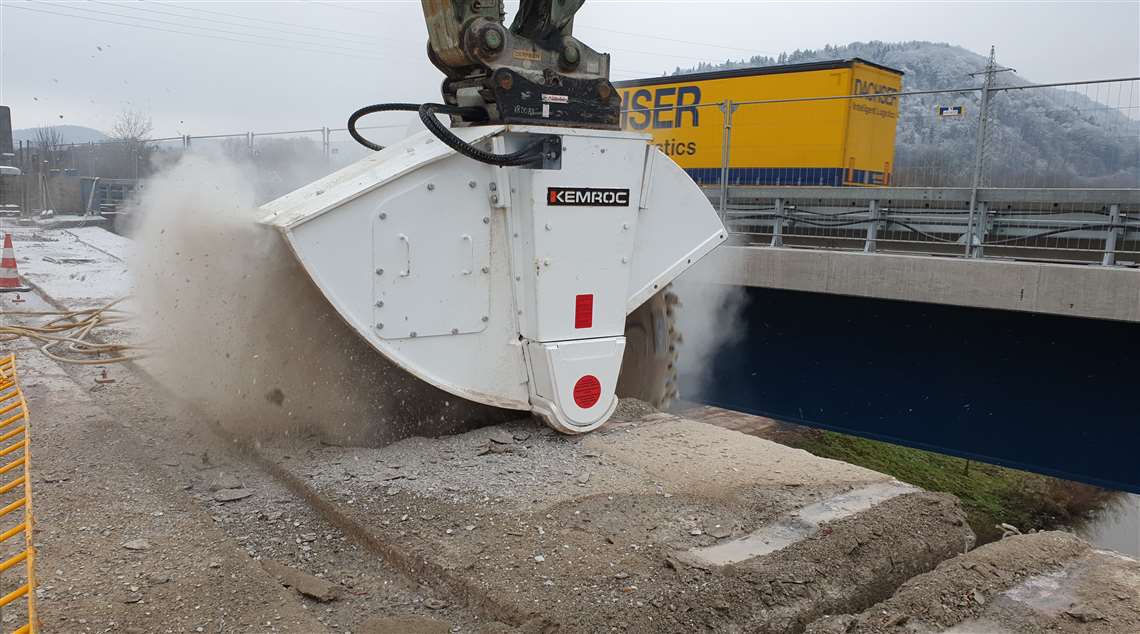 The concrete was cut into segments, each weighing between 6 and 10 t. Each segment was lifted out with a crane and transported to the crushing plant.