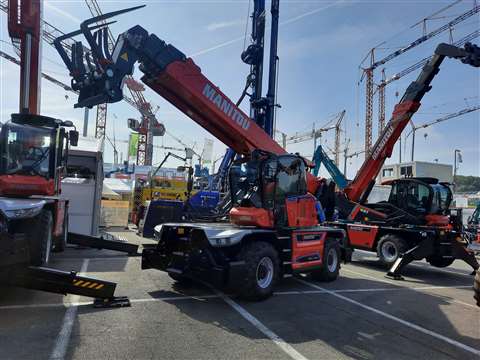 Manitou has put its new fully-electric rotating telehandler on physical display to the public for the first time.

The MRT 2260 rotary telescopic forklift model, which was launched online in April 2021 as part of Manitou’s MRT Vision and Vision+ ranges, is now being shown at the 39th MATEXPO construction industry trade fair in Kortrijk, Beglium.

It is fitted with a lithium-ion battery that allows users up to four hours of working time and has a maximum load capacity of 6 tonnes and a working height of 22 metres.

According to the manufacturer, the 100% electric machine is also available in a further two configurations.

While a second fully electric model is equipped with two lithium-ion batteries for double the amount of working time, Manitou said it is also available in a hybrid “range extender” version. 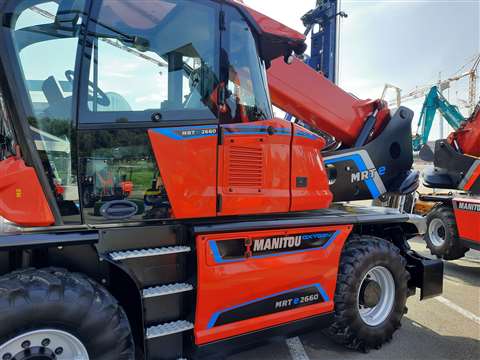 The MRT 2260 hybrid is equipped with a diesel engine that recharges a single battery, providing users with “continuous use”.

Manitou said the model would remain on display at its MATEXPO stands (D14 to D16) for visitors to see for the rest of the show.

The 39th edition of the biennial construction industry show started on 8 September, and will come to a close on 12 September.