United Kingdom based specialist engineering business Keltbray – which includes demolition and remediation services – increased the number of women in its highest paid quartile of workers by 4% during 2021.

That is one of the key findings of the company’s latest Gender Pay Gap Report, which shows how men’s and women’s average pay compares across the organisation. It is a requirement of British companies employing 250 or more people to report this information.

Keltbray’s Gender Pay Gap report says almost one five of its workforce are female, with an increasing number of women in senior positions. (Photo: Keltbray)

The company also reported a 4% drop in its mean gender pay gap since 2017, while women make up almost one in five of its workforce.

However, the report showed that Keltbray’s mean hourly rate gap has increased by nearly 3%, and its mean bonus gap by nearly 9%.

“Although our results show we have a way to go in closing our gender pay gap, we are pleased to see that we are gradually increasing the number of women we employ and we are seeing more women in senior positions,” said CEO Darren James.

“However, we understand that like many others in the industry we are on an inclusion journey, and with this in mind, we want to build on our progress each year and hold ourselves to account on inclusion performance.”

Keltbray Group people director Kyla Farmer added: “The formation of our Inclusion Committee and appointment of our inclusion manager last year was an important step forward.

“We are far from complacent, we are wiling to put the work in and foster an environment that is not only attractive to women, but ensures everyone thrives and can fulfil their potential.”

Why the pandemic is encouraging more women to work in demolition The global pandemic is changing the working patterns of millions of people across the globe. Holly Price, a director at Keltbray, tells Lucy Barnard why it is also encouraging more women into the ‘macho’ demolition sector - and the construction industry in general.
Europe Demolition & Recycling Environmental, Social and Governance (ESG) 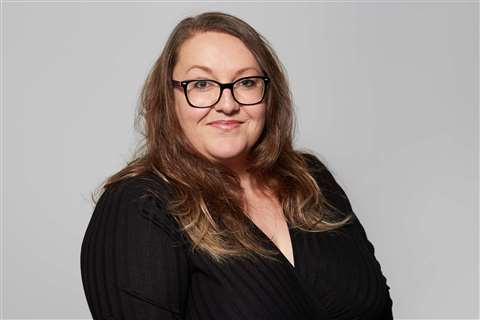