EDA all set for in-person Convention

The European Demolition Association (EDA) Convention will get underway on Thursday 9 June as delegates prepare to meet each other face to face at the event for the first time since 2018. 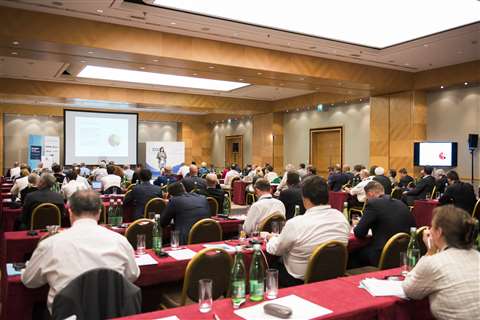 The EDA will host a conference on Friday 10 June as part of the convention programme. (Photo: EDA)

The French capital Paris will host the convention, ending a four-year period where it has not been possible for it to take place – firstly due to it being replaced by a study tour to Japan, then subsequently because of Covid-19.

Despite the delays, it is business as usual this year, with a programme comprising a workshop on equipment and technology for DDR (demolition, decontamination and recycling); a session on the circular economy in construction; and a conference on Friday 10 June including speakers such as William Sinclair of Safedem, Keltbray’s Holly Price and – representing the demolition industry outside Europe – Brian Priestly from the Canadian contractor Priestly Demolition.

This year marks the final convention as president of the EDA for Francisco Cobo, with his successor being announced during a gala dinner on Friday evening.

The convention is organised by the EDA along with the French association Seddre and the European Decontamination Institute.