Norway-based Tom Wilhelmsen is to install a new contaminated soils wash plant at its recycling facilities in Disenå, northeast of Oslo. 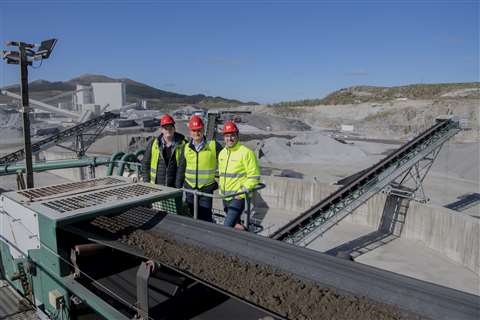 The plant is part of a continuing drive towards Net Zero and will be operated by the company’s waste management division Massebalanse Norge.

It will be designed, engineered and installed by wet processing equipment specialist CDE Global and its new partner in the region Nordic Bulk.

CDE, which has already commissioned three other construction and demolition (C&D) waste recycling plants in Norway, said the new wash plant will be capable of processing a variable feed of materials, including excavated and contaminated soils.

With an annual capacity of 350,000 t and a processing capacity of up to 250 t per hour, it will produce a range of saleable sand and aggregate products - such us soils, gravels and stone, which can be used “in cement production, roadworks and other construction, infrastructure and public works projects”.

Tom Wilhelmsen, founder of Tom Wilhelmsen, said, “The commissioning of our new CDE plant will mark another important milestone in our mission to create a more greener materials processing industry.”

He added: “Excavated and contaminated soils represent a significant waste stream, but with the backing of CDE technology we can return this material to good use, recovering quality construction materials and reducing our reliance on virgin quarried sand and aggregates.”

Groundworks on the wash plant, which will be installed inside Massebalanse Norge’s existing 4,400 sq m unit to minimise noise pollution, will start this summer, with the plant scheduled to be fully operational in early 2023.

Eunan Kelly, CDE’s head of business development for Northern Europe, said: “Tom Wilhelmsen AS is setting out to establish an operation that manages the entire lifecycle of the material in the most sustainable way possible, from the point of extraction right through to its processing through the CDE plant and from there its return to the market.”

Tom Wilhelmsen was among the first bulk waste transport companies in Norway to use fully electric tipper trucks for its operations. (CDE/Tom Wilhelmsen)

Tom Wilhelmsen, which has committed to becoming a zero emissions operation by 2025, is also planning to commission an electrified freight railway line between its C&D waste reception centre in Oslo and the site of its new CDE wash plant.

If its construction is approved by local authorities, its use would enable a “significant reduction” in road transportation, further lowering the company’s carbon footprint. 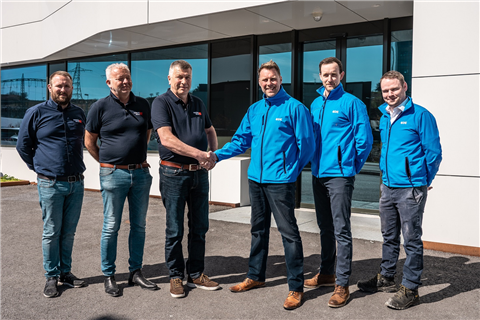