Waste management and recycling company Bingo Industries has pleaded guilty to criminal cartel offence charges brought against it by the Australia’s competition regulator. 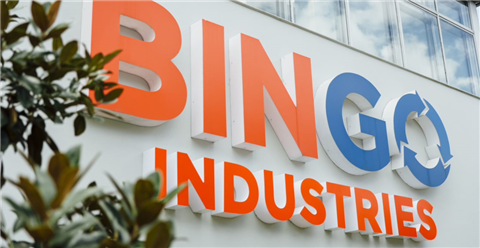 The charges against Bingo Industries relate to a specific period in 2019. The firm has been under new management since April of 2021, when it was acquired by Macquarie Group. (Photo: Bingo)

The Sydney-based company, which provides landfill, waste processing and skip services to demolition, construction, and industrial sector companies across New South Wales, Victoria and Queensland, was the subject of an investigation by the Australian Competition and Consumer Commission (ACCC) into the price-fixing of demolition waste services.

The ACCC has alleged that in mid-2019 Bingo and its competitors Aussie Skips Bin Services and Aussie Skips Recycling, agreed to fix and increase prices for C&D (construction and demolition) waste processing services and for the supply of skip bins.

The regulator referred the findings of its investigation to Australia’s federal prosecution service, the Commonwealth Director of Public Prosecutions (CDPP), and a case management hearing will take place in Federal Court at a future date.

Gina Cass-Gottlieb, chair of the ACCC, said: “We are committed to detecting and investigating serious cartel allegations and taking appropriate action against those who are a party to illegal cartel behaviour, including referral of matters to the CDPP. Cartel conduct not only frequently impacts consumers, but it can also significantly harm competing businesses and the economy more broadly.”

Having pleaded guilty to breaching the cartel provisions of the Competition and Consumer Act, Bingo could have to pay a significant amount in fines.

Each criminal cartel offence could result in it being fined as much as AUD10 million (US$7 million) or - if a monetary amount can be determined - three times the value of that benefit, whichever is higher.

In the event that a benefit value cannot be determined, the Federal Court could even impose of fine of 10% of Bingo’s annual turnover connected with Australia, if that is higher than AUD10 million.

Bingo, which is listed on the Australian Stock Exchange, said: “Bingo has cooperated with the ACCC and the CDPP throughout its investigation and regrets that the matter occurred. It does not reflect Bingo’s values or standards of conduct.

“The matter primarily relates to certain pricing over a period of about two months over July and August 2019 in Bingo’s Sydney skip bin and processing businesses, the latter predominantly at three facilities.

“Since the matter occurred there have been significant changes in Bingo’s ownership, board and executive team, including improvements to Bingo’s governance processes.”

Tartak is said to have stepped down from his leadership role in September 2021, following a AUD2.3 billion (US$1.8 billion) acquisition deal that saw global investment firm Macquarie Group take ownership of the business.