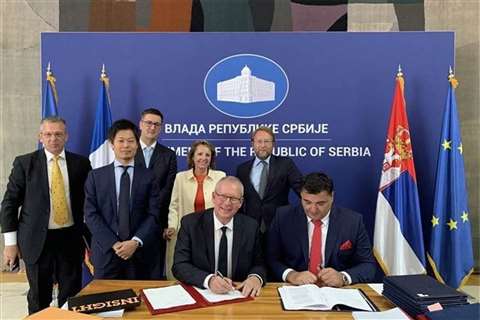 Serbian waste management company Beo Cista Energija will start construction on its new waste incineration and power generation plant for the city of Belgrade in the middle of 2020.

According to the joint-venture company – made up of French utility company Suez, Japanese conglomerate Itochu and pan-European equity fund Marguerite Fund – the facility will treat 66% of the capital city’s municipal waste each year and provide power for around 30,000 households.

Part of a large-scale €300 million waste management plan for the city, the energy-from-waste plant will be built alongside a new construction and demolition waste processing facility, capable of handling up to 200,000 tonnes of material a year.

In addition, Belgrade’s existing “Vinča” landfill the will undergo remedial works before being closed. A new 7 million m3 leachate-controlled landfill site will be created to replace it.

Beo Cista Energija will finance, construct, maintain and operate the new facilities for a minimum 25 years, thanks to the signing of a public-private partnership agreement the with the City of Belgrade in 2017.

According to Renewables Now, the World Bank has agreed to provide Beo Cista Energija with €259.6 million in funding and guarantees for the project, which is scheduled for completion in 2022.