Wind farm to be dismantled 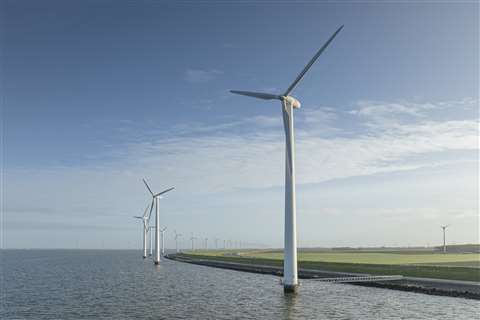 Sweden-based energy company Vattenfall has announced that it is to dismantle the Irene Vorrink Wind Farm in the Netherlands, after 25 years in service.

Named after the late Dutch politician Irene Vorrink, the wind farm is located north of Lelystad in the IJsselmeerdijk lake, which at 1,100 sq km in size is the largest lake in the country.

The Irene Vorrink Wind Farm became operational in 1996 and consists of 28 wind turbines that provide a total of 16.8 MW of electrical energy to the local population annually.

How wind turbines are dismantled

The rotor, turbine blades, nacelle and the tower component of each of the wind turbine structures will all be dismantled and removed, having reached the end of their services life. This will leave only “a small part of the steel foundation (monopile) protruding above the water”.

Speaking of the upcoming dismantling project, Matthew Adam May, a Construction Manager at Vattenfall, said: “Starting in early March, we will work on one wind turbine every day to prepare it for easy dismantling as much as possible.

“We first shut down the turbine and then remove as many bolts and electric cables as possible.”

Matthew added: “All the turbines will be shut down by April, and then we will dismantle the various parts of the turbine from a barge on the water. That will be one per day if the weather cooperates.”

Vattenfall will then use specialist sawing equipment to remove the top two metres of each of the monopiles from the inside.

This will permanently leave the base of the monopiles and some remaining cabling below the water level of the IJsselmeedijk. 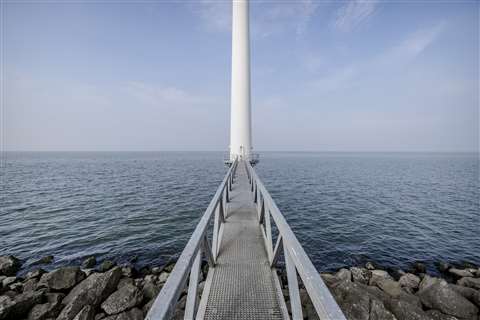 Each turbine is accessible by a drawbridge. (Photo: Vattenfall)

The IJsselmeerdijk, which is fed by several rivers including the Amstel and the Rhine, was once open to the North Sea but is now closed off by a 32-km-long man-made dyke known as the Afsluitdijk.

With each of the 28 wind turbines situated just metres from solid ground - and fitted with an access drawbridge that connects it to either the banks of the IJsselmeerdijk or the man-made dyke - removing the turbines in their entirety was not option due to safety concerns.

“We would prefer to remove all parts of the wind turbines and leave the area in its original state, but this time the safety of the dyke takes precedence,” said Matthew.

According to Vattenfall, the removal of the monopiles and cabling would require the use of special vibration equipment. This could cause structural damage to the man-made dyke, which also provides a vital road connection for the region.

“Rijkswaterstaat and the Zuiderzeeland Water Board are afraid that the vibrations could cause damage to the dyke,” said the energy company.

“Also, the holes left after the foundations and cables are removed could lead to seepage, with water running underneath the dyke and weakening it.” 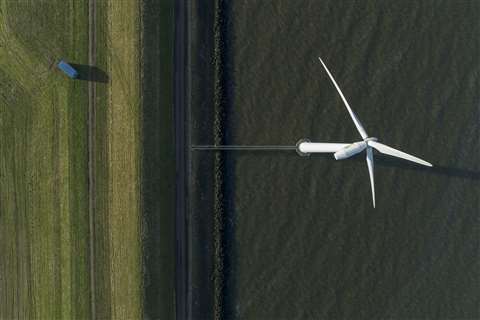 As the existing turbines are too small and too old to be reused at another location, Vattenfall plans to recycle all materials wherever possible, as part of a circular economy approach.

This will include the recycling the site’s 84 dismantled turbine blades, which is said to be a “tricky process” that will not be fully completed until 2030.

“Many materials from the tower to the nacelle are relatively easy to recycle”, said Matthew, “because they consist of steel, copper and other metals, as well as oils and plastics.”

“We are in discussion with a few parties to have all the blades recycled into high-quality raw materials for completely new products.”

Moving forward, Vattenfall and SwifterwinT, a cooperative of local business and residents, plan to replace the existing turbines with new ones.

24 modern turbines with a tip height of 200 m - significantly taller than their predecessors - and a total capacity of 132 MW will be erected as part of the new wind turbine facility project called Windplanblauw.

Due to their height and the need to maintain the structural safety of the dyke, it is not possible to install new turbines in exactly the same place as the existing structures.

Instead they will be set out in two rows of 12, at distances of 500 m and 1500 m from the banks of the IJsselmeerdijk.

Senior Development Manager Henk Kouwenhoven, who was involved in the construction of the Irene Vorrink Wind Farm, was also involved in the planning of the new energy facility as a replacement.

Henk said: “The number of turbines in a wind farm is not necessarily crucial; what matters more is the efficiency of the turbines.

“The main gain comes from the diameter and height of the turbines, because the higher you go, the more wind there is.”