A demolition project that will feature the groundbreaking use of material passports – said to be the first of its kind – is underway in London, United Kingdom.

Kiro Tamer, head of environmental sustainability at major British contractor Keltbray, shared the information with delegates at the recent D&Ri Virtual Conference on “Safety and Sustainability in Demolition and Recycling”. 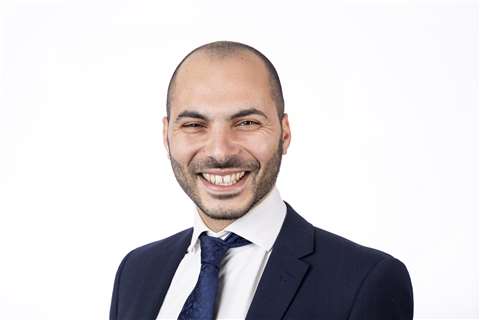 Kiro Tamer: ‘We are still getting our heads around the project’. (Photo: Keltbray)

Kiro told the online audience about the project in response to an audience question after his presentation on the journey to the circular economy in demolition.

“That has been mandated by the Greater London authority.

“I think everyone is still trying to get their heads around it. How do you make a model and then you assign all the materials? I think this is when we will really exploit the ability of BIM (Building Information Modelling) and the initial 3D modelling – but as it stands we don’t have all the answers.”

Keltbray has promoted a more environmentally friendly approach to demolition in recent years, signing the Climate Pledge in 2021 and committing to net zero by 2040, a decade earlier than the UK government’s target.

Material passports are a way of documenting what was used in a building and which parts of it can be reused or recycled.

An article featuring highlights from the Virtual Conference will be included in the May-June issue of Demolition & Recycling, published later this month.