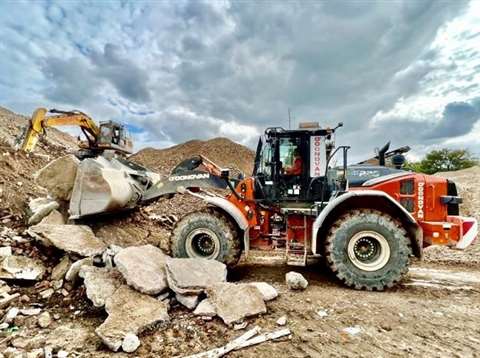 O’Donovan’s Hitachi ZW220-7 wheeled loader is expected to be run on HVO fuel, following the company’s recent decision to move away from using diesel. (Photo: O’Donovan)

The company, which was acquired by Sweden-based Sortera in July of this year for an undisclosed amount, provides waste management and recycling services to construction and demolition contractors across Greater London.

Described as offering a combination of high manoeuvrability and large load capacity, the Hitachi ZW220-7 is a mid-sized machine with an operating weight of 19.4 t (43,078 lb).

It is part of Hitachi’s new ZW-7 equipment range and, as such, has been fully redesigned and features a more comfortable and ergonomic operator cab that offers low noise and vibration levels.

O’Donovan chose the wheeled loader, which will be based at its recycling centre in North London, for its high level of efficiency and productivity.

The machine is fitted with a Stage-V compliant 149 kW Cummins B6.7 diesel engine and includes technology such as the Aerial Angle camera system, which provides a 270-degree bird’s-eye view of the cab.

The improved visibility and safety provided by its on-board camera equipment and intelligent safety-enhancing systems was also a key reason for the company’s purchase decision.

Jacqueline O’Donovan, managing director of O’Donovan Waste Disposal, said, “We pride ourselves in leading the way when choosing new assets to add to the fleet.

“We always look at the all-round safety, comfort and reliability along with efficiency and the ZW220-7 offers the best standards, not only for our operatives, but for the environment.” 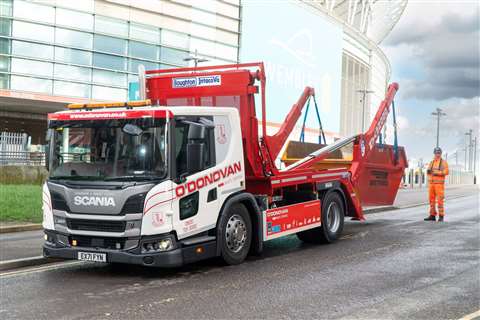