Long before climate change activists brought the world’s attention to the urgent need to stop burning coal to power our homes, European Union (EU) pollution standards – in the guise of the Industrial Emissions Directive (IED) which came into effect in January 2011 – were forcing the hand of governments.

The United Kingdom declared in 2015 that all its coal powered plants would be closed by 2025. Germany plans to end coal by 2038. 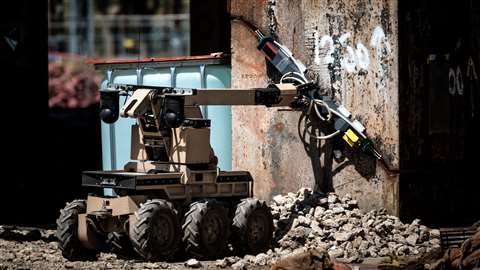 How to do this safely and efficiently is a question that operators will be trying to answer.

The tragic incident at Didcot Power Station in 2016 in which half the boiler house collapsed during preparation work for the planned explosive demolition has put safety to the forefront of the process.

The investigation is ongoing but owners are now starting to specify that they want methods without any pre-weakening for tenders; the traditional methods of dropping large structures such as boiler houses rely on complete pre-weakening of the structure before using explosives to kick out the supporting columns.

Having initially been called in a month after the Didcot incident, Alford Technologies adapted its existing technology and experience of military explosives and bomb disposal to successfully bring the rest of the structure down without ever approaching more than 50 m (164 ft) from the structure.

A year later it was once again called upon to bring down a boiler that was left standing after a failed attempt, this time in Australia. These two experiences gave Alford the opportunity to investigate and test new ways of using explosives to demolish power stations.

As an explosive technology company with its own research and development and manufacturing facilities, the company was uniquely positioned to develop and test new charges and methods for demolition before using them for real.

Adopting the concept of BAST (Best Available Safest Technology), first devised for the offshore industry, Alford began developing ways of avoiding the need for any advance pre-weakening of the structure.

This is often misinterpreted as meaning that no preparation work is required – during the two previous jobs charges did have to be fitted to the structures without any further burning – but in fact it is possible to make cuts to columns and beams without weakening them; all cuts must be structurally assessed to demonstrate that work is only removing redundancy in the structure. 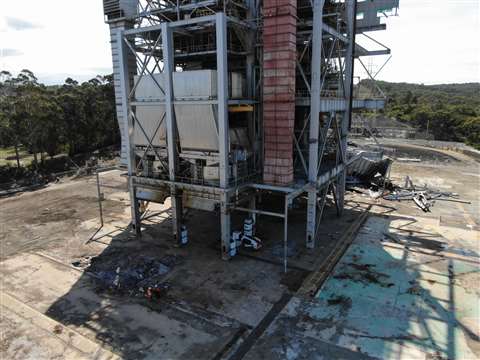 On other parts of the structure, pre-weakening can be required to allow elements to break up during the collapse to reduce the size of debris piles.

This can be achieved explosively as the first stage of the explosive drop, moments before the main charges cut sections out of the lower sections of the same columns triggering the collapse. The key is that no one is in or near the structure once weakening occurred.

This method of explosively weakening or separating elements to facilitate collapse can be extended to optimising the collapse mechanism, such as where the bunker bay might be dropped separately from the main boiler house. This requires a separation between structures which share common columns.

Traditionally this would require connecting beams high up in the structure to be cut with a step allowing the cut end of the beam to remain supported after the cut. The beams are completely cut so they are self-supporting and cannot move until the collapse.

Using explosives, the sequence could be reversed so separation cuts could be made immediately after the collapse has been triggered by removing a section of column lower down.

This allows the weight of the bunkers to pull on the beams before they are cut. The result is like holding someone’s hand, asking them to lean away from you and then suddenly letting go. This causes the structures to pull away from each other and avoids the risk of snagging.

Putting safety before cost always requires a change of mindset but the collateral and reputational cost of a failure can easily exceed any perceived financial benefits.

In Australia, at least, it has been accepted that raising the bar in terms of safety and using the best available safest technology is the way forward and the authorities there are leading the way globally in this respect. Alford is currently preparing to demolish the Hazelwood Power Station in Australia using the methods developed since 2016. Featuring four large boiler houses and eight chimneys, the first phase is set to begin in April. Many eyes are already watching this work with interest for the future.