US-based John Deere and Japan’s Hitachi Construction Machinery have announced that they are to end their longstanding joint venture manufacturing and marketing agreements.

Part of the multi-decade joint venture was for the manufacture and selling of Hitachi construction equipment in the Americas under the Deere brand. 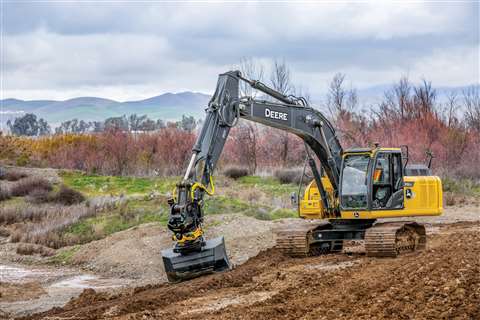 The manufacturers will enter new license and supply agreements which will be effective February 28, 2022 – pending regulatory approval – according to the companies.

Hitachi said it would build on its current wheeled loader distribution network to “build an optimal network throughout the entire North, Central and South American markets”.

“As we turn the page to a new chapter of Deere-designed excavators, we remain committed to supporting our customers of today and tomorrow.”

Hitachi said the dissolution of the partnership was “in response to recent changes in the business environment surrounding the joint venture”.

John Deere and Hitachi are both in the top ten of International Construction’s ranking of the world’s biggest OEMs.

It was also announced that Deere will acquire three existing Deere-Hitachi factories in the Americas and secure licensing agreements for intellectual property necessary for continued production of the machines.

Hitachi-designed equipment in firms’ joint venture, including a range of medium and large hydraulic excavators, will continue to be produced by Deere through at least 2022 and will be supported and serviced through its existing network.

Since the 1960s, both manufacturers have shared a supply relationship, which has developed considerably. In 1988, the companies started the John Deere-Hitachi manufacturing joint venture to produce excavators; ten years later the companies included the production of forestry swing machines at Deere-Hitachi Specialty Products in Langley, British Columbia.

In2001, they combined their marketing and distribution efforts in North and South America; and a decade ago in 2011, John Deere and Hitachi also added excavator manufacturing in Brazil.